The Shepherds – A.K.A. unclean workers 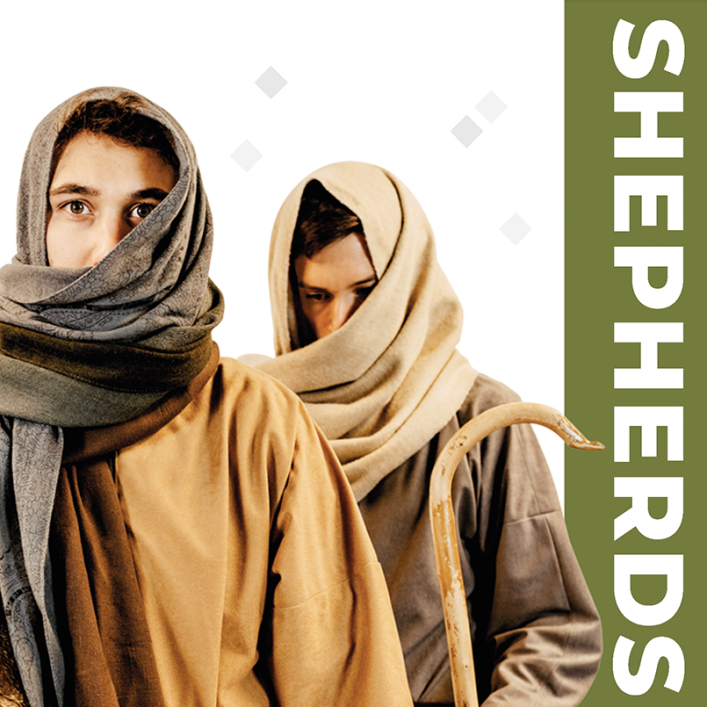 The Shepherds – A.K.A. unclean workers

For the shepherds, this particular night was no different from any other. They were ‘keeping watch over their flocks at night’, scaring off any predators like wolves or robbers. Shepherds were not easily frightened. However, that night they became ‘terrified’. The sky lit up with extraordinary power – as if the curtain of night had been pulled back to reveal a splendour that far outshone the sun.

An angel appeared and said, “Do not be afraid” – and how the shepherds needed to hear those words of reassurance in the midst of their terror! Then the angel gave them a reason not to be terrified: ‘a Saviour has been born to you; he is the Messiah, the Lord.’

Why did God choose shepherds to hear this announcement? Why not religious leaders or the rulers in Jerusalem? Because the message was the good news of what God was going to do for outcasts and sinners like them. Years later Jesus said that he had come ‘to seek and to save the lost’ and ‘it is not the healthy who need a doctor, but those who are ill’. This is the ‘good news of great joy’: it’s not about being good and clean people but about God sending a Saviour for those who are not good and clean.

No matter how unclean these shepherds were before the glory of God, God had provided a Saviour.

And to prove this to the shepherds a sign was given: the Saviour had not been born in a palace but was lying in a ‘manger’ – an animal feeding trough.

This message was so amazing that ‘suddenly a great company of the heavenly host appeared with the angel, praising God.’

The shepherds acted on this message and went to Bethlehem to see this Saviour. By the end of the story the shepherds were praising God themselves. They had the joy. They went from fear to praise.

And there were shepherds living out in the fields nearby, keeping watch over their flocks at night. An angel of the Lord appeared to them, and the glory of the Lord shone around them, and they were terrified. But the angel said to them, “Do not be afraid. I bring you good news that will cause great joy for all the people. Today in the town of David a Saviour has been born to you; he is the Messiah, the Lord. This will be a sign to you: You will find a baby wrapped in cloths and lying in a manger.”

Suddenly a great company of the heavenly host appeared with the angel, praising God and saying, “Glory to God in the highest heaven, and on earth peace to those on whom his favour rests.”

When the angels had left them and gone into heaven, the shepherds said to one another, “Let’s go to Bethlehem and see this thing that has happened, which the Lord has told us about.”

So they hurried off and found Mary and Joseph, and the baby, who was lying in the manger. When they had seen him, they spread the word concerning what had been told them about this child, and all who heard it were amazed at what the shepherds said to them. But Mary treasured up all these things and pondered them in her heart. The shepherds returned, glorifying and praising God for all the things they had heard and seen, which were just as they had been told.

We don’t have to be special to know the special news. This message is all about God’s kindness to those who may be considered unimportant, unclean, nobodies. It’s all about what God has done and not what we do.

God chose shepherds to be the first to hear the news of the Saviour’s birth, perhaps because they represented the work that Jesus was going to do. Jesus is the Good Shepherd, who laid his life down for the sheep.

On that night, light expelled darkness. The shepherds got to see what is usually invisible to human eyes – the glory of God. It was as if God, who is always there, pulled back the curtain to reveal something of his glory.

Angels, in the Bible, are spiritual beings who take on human form when they appear on earth. They are the messengers of God sent by him in special circumstances.

In the events surrounding the birth of the Lord Jesus Christ there are a number of angel visits.

The angel Gabriel announced to Zechariah that he and Elizabeth would have a child in their old age. And that this child (John the Baptist) would be the forerunner of the Messiah (Jesus).

Gabriel is the angel that came to Mary with the news that she had been chosen to give birth to God’s Son.

Gabriel also appeared to Joseph in a dream, confirming that Mary had not been unfaithful to him.

After Jesus’ birth an angel appeared to the shepherds in the fields outside Bethlehem. Then a multitude of angels declared the wonderful nature of God.

Following the visit of the wise men, an angel of the Lord appeared again to Joseph in a dream, telling him to take his family to Egypt to escape Herod’s violence.