The Wise Men - A.K.A. the three kings - Cornerstone Church Kingston

The Wise Men – A.K.A. the three kings 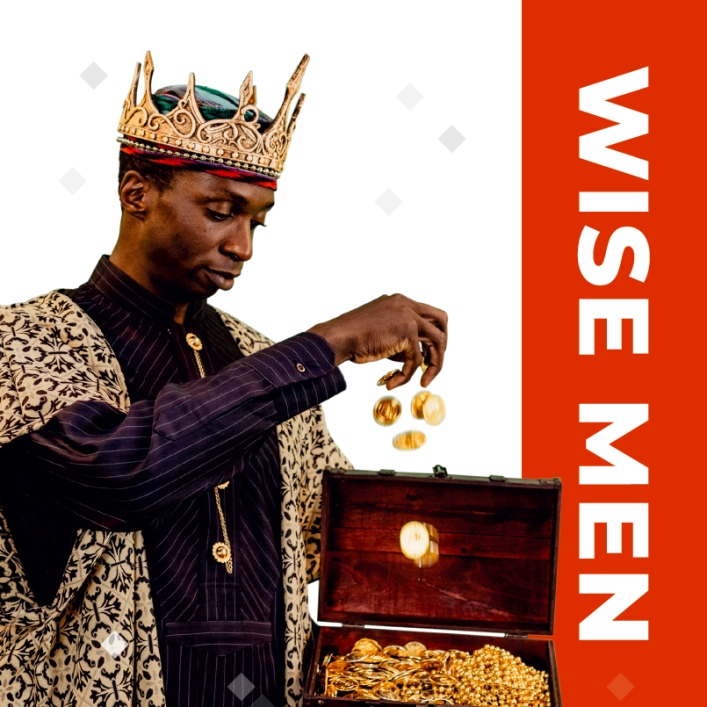 Although the original New Testament documents refer to ‘Magi’, I like the term ‘wise men’, because they belonged to a group of scholars such as scientists, mathematicians, historians, and observers of the stars. Clearly, these wise men weren’t just content with intellectual knowledge; they wanted to know what life was really about and were prepared to go on a long journey to investigate.

‘From the east’ literally means ‘from the rising’ of the sun. It’s like the dawning of a new light.

These wise men had seen a new star and had interpreted it to mean that the Jewish king had been born. And where was the obvious place to find such a king? Jerusalem of course! So that’s where they headed.

We don’t know how many Magi were in the group, and we don’t know their names. Despite three gifts being mentioned, it is very unlikely that three men took such a long journey alone without camels, supplies, and an entourage of servants. So, when they showed up in Jerusalem, it created a spectacle which caused King Herod to become both curious and worried.

Although these wise men are often placed in the nativity scene along with the shepherds, they actually visited a house in Bethlehem, sometime later. So, instead of seeing a newborn, they most probably saw a young child in his mother’s arms.

After Jesus was born in Bethlehem in Judea, during the time of King Herod, Magi from the east came to Jerusalem and asked, ‘Where is the one who has been born king of the Jews? We saw his star when it rose and have come to worship him.

I love the idea that these men were reading the ancient scriptures that promised a great king from God. As they looked up to the sky and tracked the stars, they made the decision to investigate further until they found what they were looking for in life. When they arrived in Jerusalem, they were given more information from the reliable Jewish scriptures, and things became clearer, pointing them to Bethlehem.

In other words, they followed the trail of witnesses and evidence until they came to Jesus.

The Magi made worshipping Jesus the reason for their visit. Acting on very little information, they humbled themselves before one far greater than themselves, and worshipped him in simple faith.

No wonder they are called wise men.

Jesus is the Saviour of the world. ‘World’ here means people from all over the world. Remember, these Magi were not Jews but Gentiles.

The visit of the Magi to Jesus is commemorated in religious calendars on 6th January, which is called Epiphany. The word means ‘revelation’ or ‘manifestation’ and refers to Christ being revealed to the Gentiles (the non-Jewish people of the world).

The gifts: gold, frankincense, and myrrh

On coming to the house, they saw the child with his mother Mary, and they bowed down and worshipped him. Then they opened their treasures and presented him with gifts of gold, frankincense, and myrrh. (Matthew’s Gospel, chapter 2, verse 11)

By the time the Magi got to Bethlehem nearly two years had passed since Jesus was born, and Joseph, Mary and Jesus were living in Bethlehem. The shepherds and angels had long departed.

The Magi ‘opened their treasures and presented Jesus with gifts of gold and of frankincense and of myrrh’. We are not sure how much of each was given, but each gift is full of meaning.

Gold – a gift for a king

Kings have large reserves of gold. The gift of gold declared the rule and reign of Jesus. Jesus lived, not in a lavish palace, but in a little house in Bethlehem but he was the true king.

The New Testament goes on to show us that Jesus is the Son of God – the promised Messiah, the Son of David, the Saviour of sinners, who died on the cross and rose from the dead, and who will one day be seen to rule the universe.

Frankincense – a gift for a priest

2000 years ago, incense was very expensive. But even earlier, in the Old Testament, it was associated with Israel’s priests. A priest was someone who led people to God and who often used incense, along with prayer and sacrifices.

A song from the Old Testament says, ‘May my prayer be set before you like incense; may the lifting up of my hands be like the evening sacrifice.’

Myrrh – a gift for burial

Myrrh was exceptionally valuable.  On the first-century Roman market it sold for five times the price of frankincense and was more expensive than gold!

The Hebrew word for myrrh means ‘bitter’. It was an ointment commonly used in embalming, and it had a clear connection with death. The Egyptians used myrrh in preparation for mummifying their dead. The Romans burned myrrh with their corpses to mask any odour. The Jews wrapped the dead body with long strips of cloth and inserted ointment of myrrh in the folds to provide a pleasant smell.

This was a strange gift to give to an infant boy. But this gift pointed forward to the time when this child, as a 30-year-old man, would die on a cross in order to bring us to God.