Herod The Great - A.K.A. the murderer - Cornerstone Church Kingston

Herod The Great – A.K.A. the murderer 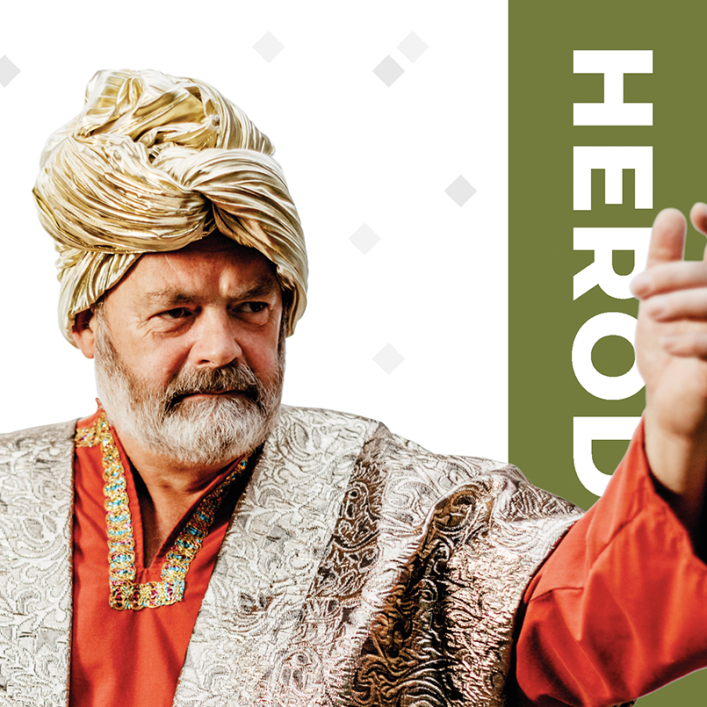 Herod brings a menacing shadow of evil to the Christmas story. There is not much to like about Herod. He ruthlessly wanted his own way, and if anyone got in the way of his plans, Herod was prepared to act. In his own family he was responsible for the deaths of a wife, a mother-in-law, two brothers-in-law and three sons. The historian, Josephus, characterised Herod in these words: ‘He was of great barbarity toward all men equally’ and ‘slave to his passions’.

Herod had been a military man who pushed his way to the top in politics. First, he was governor of Galilee, then he added Syria, and finally he was crowned king of Judaea by Caesar Augustus.

When the Magi came asking about where the Messiah (God’s King) was to be born, we are told, ‘When King Herod heard this he was disturbed, and all Jerusalem with him’ (Matthew’s Gospel, chapter 2, verse 3). The effect of disturbing Herod must have meant that all Jerusalem was in fear because the whole city knew what he was capable of.

In fact, his murderous outrage at the possibility that someone else could be king over him caused Herod to send out ‘orders to kill all the boys in Bethlehem and its vicinity who were two years old and under’. This cold-blooded massacre was intended to wipe out any contender to his own rule and kingship.

Evil people inflict terror and pain and sorrow. But they also try to stamp out the good news of the Lord Jesus Christ. And so here we have this battle of good and evil. But God is in control, and so Jesus was rescued from the terrors of murderous Herod, so that he would become the Saviour of the world.

Then Herod called the Magi secretly and found out from them the exact time the star had appeared. He sent them to Bethlehem and said, “Go and search carefully for the child. As soon as you find him, report to me, so that I too may go and worship him.”

After they had heard the king, they went on their way, and the star they had seen when it rose went ahead of them until it stopped over the place where the child was. When they saw the star, they were overjoyed. On coming to the house, they saw the child with his mother Mary, and they bowed down and worshiped him. Then they opened their treasures and presented him with gifts of gold, frankincense and myrrh. And having been warned in a dream not to go back to Herod, they returned to their country by another route.

When they had gone, an angel of the Lord appeared to Joseph in a dream. “Get up,” he said, “take the child and his mother and escape to Egypt. Stay there until I tell you, for Herod is going to search for the child to kill him.”

So he got up, took the child and his mother during the night and left for Egypt, where he stayed until the death of Herod. And so was fulfilled what the Lord had said through the prophet: “Out of Egypt I called my son.”

When Herod realized that he had been outwitted by the Magi, he was furious, and he gave orders to kill all the boys in Bethlehem and its vicinity who were two years old and under, in accordance with the time he had learned from the Magi.

Evil will always try to cancel Jesus and the ‘good news’ of God. Of course, most people don’t go as far as Herod, but it is amazing how antagonistic many people are to the idea that there is a rightful King that they should worship.

Herod clearly shows us the trouble with self-rule. Herod wanted to be the ruler of his world, but his plans were  repeatedly thwarted  – and that drove him to be more and more a slave to his evil passions. Self-rule is always bad news as we are not meant to be god of our own life. The good news is God-rule: only in that is there true freedom and great joy.

This is a haunting lament in response to Herod’s massacre of the children in Bethlehem. The carol was sung as part of the ‘Coventry mystery plays’ – dramas originating in the Middle Ages that told the stories of the Bible. The carol puts singers in the place of the distraught mothers in Bethlehem.

O sisters, too, how may we do
For to preserve this day
This poor youngling for whom we sing,
“Bye bye, lully, lullay”?

Herod the king, in his raging,
Chargèd he hath this day
His men of might, in his own sight,
All children young to slay.

Then woe is me, poor child, for thee,
And ever mourn and may
For thy parting nor say nor sing,
“Bye, bye, lully, lullay.”

Listen to a recorded version of the carol here.