“The Freedom Movement” – Reformation in Kingston 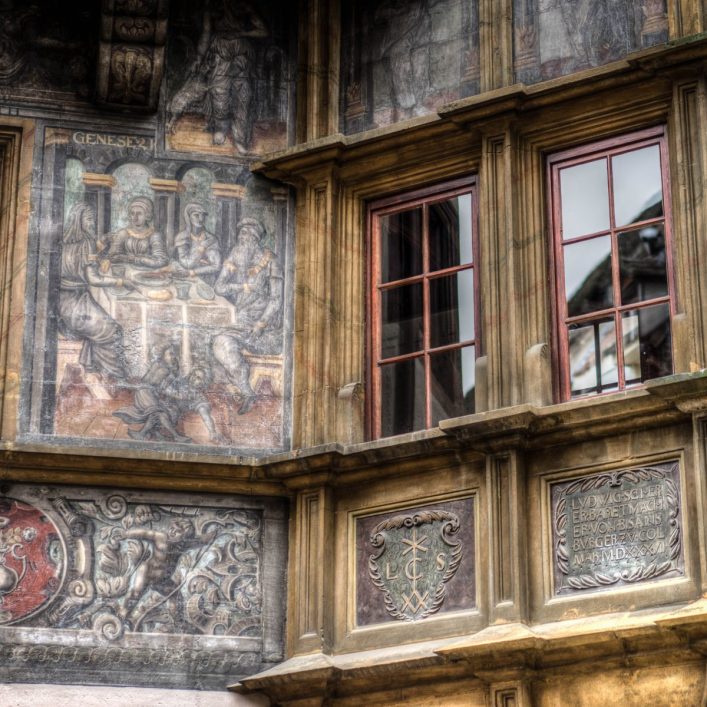 On October the 31st many families up and down the country will be celebrating Halloween. It’s hard to say exactly when this festival began. Originally, it was called “All-Hallows’ Eve” or “All-Saints’ Eve” and it presented the Church with an opportunity to remember faithful Christians who had gone to be with the Lord. However, the modern festival undoubtedly draws most of its inspiration from ancient pagan customs and more recently, Hollywood.

But the truth is, for most people, the history and the possible influences aren’t that important, it’s simply a chance to dress up and enjoy an evening together. On Canbury Park Road in Kingston, It’s also quite nice to see lots of warm lights and lanterns illuminating the late-autumn darkness.

But this year, October the 31st is going to be particularly special, and strangely, Halloween has (almost) nothing to do with it. Every year on October the 31st, many people remember another significant event in history – the Reformation.

In short, the Reformation looks back to a period in European history when the life-changing truth of the Christian gospel was rediscovered and proclaimed all over Europe. Prior to this, the average person would not have had an opportunity to go back to “the source” (The Christian Bible) and to discover the truth about God for themselves. Instead, they had to rely on a religious institution which was communicating with them in a language they didn’t understand, with words that were not true to God’s message of salvation.

One of the phrases used to summarise this rediscovery was ‘Post Tenebras, Lux’ – After Darkness, Light. Just like the lanterns at Halloween – after sunset, light.

To many people in our secular age this anniversary may seem irrelevant. But nothing could be further from the truth. Our political system, our legislature, our literature, our art and so many of the freedoms that we enjoy owe their thanks to this “Reformation re-discovery”.

This year, it’ll be the 500th anniversary of the Reformation and we want to celebrate with you. We’re going to be hosting a series of free lunchtime lectures in partnership with other local Churches, in order to explore the history and the significance of the Reformation. We’ve called it ‘The Freedom movement’ because that’s exactly what the truth of the Reformation brings – freedom and joy.

Whether you are a Christian, a historian, or are just interested in European culture, we’d love to warmly invite you to join us. Here’s the key information: 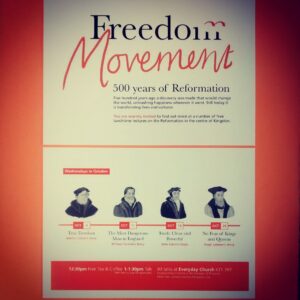