Science and the Bible: The Age of the Earth - Cornerstone Church Kingston

Science and the Bible: The Age of the Earth 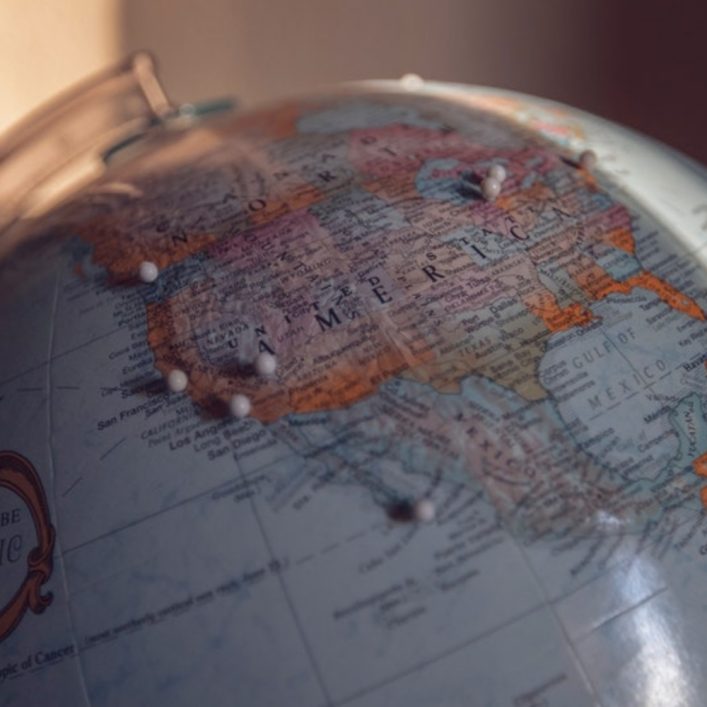 By any reasonable account, William Thomson, who would later be known as Lord Kelvin, was both an accomplished and academically brilliant character. At the precocious age of 22, he became the professor of natural philosophy at the University of Glasgow in 1846. It has been said that by the time of his death in 1907, Lord Kelvin could claim more letters after his name than anyone else in the Commonwealth. His contribution to science was so distinguished that he was buried in Westminster Abbey, alongside no less than Isaac Newton – and following him, much more recently, Stephen Hawking.

Yet on one of the most pressing matters of dispute in his day, the ages of the Sun and the Earth, he was decidedly wrong.

Kelvin was a principal pioneer of thermodynamics, which is why the scientific temperature scale bears his name. (You may have heard of absolute zero, the lowest temperature possible – which is 0 Kelvin, a little below -273 C). He thought all the heat in the sun came from the energy of its gravitational formation, and by working back from the rate of energy being radiated from it, he estimated how long ago this formation must have occurred. Initially, he suggested 32 million years, but later refined his estimate to be anything up to 400 million years, and finally settled on about 100 million as the most likely figure. He figured that the earth could not be older than this, and performing similar calculations arrived at 20-100 million years as the range of possible values for the age of the earth.

Profoundly opposed to him were most of the geologists of his day. Many in the 19th century believed the earth to have been around forever, and most geologists embraced the doctrine of uniformitarianism, championed by the likes of Charles Lyell (a key figure in the subject of geology), whose thinking deeply informed Charles Darwin (of evolution fame). Uniformitarianism holds that the earth has been shaped entirely by slow, smooth and gradual processes just like those still in operation today, acting over exceedingly long periods of time. This is reflected in the common understanding that deserts have been formed through the erosion of sedimentary rocks deposited on ocean floors and eroded to sand by water currents before being exposed by the drying or rising of the land over a long time. It seems both plausible and logical. But obviously, this takes a long time. In Kelvin’s day, many believed that, for uniformitarianism to explain things, the Earth had to be billions of years old. The question is, how many billions?

Uniformitarianism, sometimes called gradualism, had arisen against the backdrop of a very different conventional view, called catastrophism. Catastrophism is founded on the belief that the Earth was shaped by sudden, short-lived, violent events – great floods, violent formation of mountain ranges by eruptions, and perhaps meteor impacts. It was initially a purely scientific theory, but some catastrophists suggested the biblical account of Noah’s flood as the latest such incident. The terms were coined by the Reverend Dr William Whewell, and the opposing schools engaged in what must have been epic debates in a long-running dispute of huge significance. And the great significance – as Darwin has correctly identified – was not least that science was now weighing in on matters that previously had been the sole remit of the Bible. The apparent contradiction continues to spawn arguments about new Earth versus old Earth and creation versus evolution in debated today, and although broadly Darwinian evolution as an explanation for the diversity of species on earth is today being seriously questioned by a growing number of the best scientists, the ages of the Sun, the earth and the universe are almost unquestioned in the consensus of physicists – and geologists don’t disagree.

When Lord Kelvin challenged uniformitarianism, some might have imagined that he must be in the camp of catastrophism because he was a devout Christian, and catastrophism fits neatly with the Bible’s creation account, and the flood narrative of Noah. But in fact he was, just like the first catastrophists, driven by scientific thinking. He was pushing for the uniformitarians to adopt scientific rigour when he famously said “…when you can measure what you are speaking about, and express it in numbers, you know something about it; but when you cannot measure it, when you cannot express it in numbers, your knowledge is of a meagre and unsatisfactory kind…” He would have endorsed wholeheartedly the mathematically measurable triumphs of later physics (like quantum theory and relativity) in making predictions more accurate than one part in a thousand billion. Conversely, he would likely have had very little time for some of the non-quantitative, narrative arguments of evolutionary psychology, some of sociology, and the like. And in both cases because he was committed to truth – an absolutely convinced proponent of science, and a Christian. There were many before, have been many since, and remain many to this day.

His approach triggered deeper evaluation within the scientific community, and with the invention of radiometric dating of rocks by relative isotopic abundance (radiocarbon dating is the best-known example) in the 1950s, and other techniques, Lord Kelvin has been demonstrably proven wrong. Using the latest techniques from various branches of science, the commonly held view today is that the Earth is around 4.5 billion years old. Had he known about thermonuclear fusion in the sun, radioactive decay in the earth, and convection between the core and surface of both, Kelvin’s calculations would have come very close to the figure we accept today.

So, is that the end of it? Catastrophism is trashed, and we accept that the Earth we see gradually formed over 4.5 billion years from a hot mass to the familiar environs we now?

Just 20 years after Lord Kelvin’s death, between Winslow and Flagstaff in northern Arizona, an entrepreneur was chasing his fortune in mining in what is commonly known as Meteor Crater. Daniel Barringer was convinced that the crater was formed by the impact of a meteorite from outer space, and that it would contain a huge quantity or pure, meteoric iron. Scientists call it Barringer Crater in his honour, and it is still owned by the Barringer family. Recent models suggest the meteor would have been about 50 metres across, weighed about 300,000 tons, and hit the land at about 29,000 miles per hour. That impact would have been about as one of our largest nuclear bombs. It took over 30 years to confirm the hypothesis of the meteor impact, and unfortunately for Barringer, the impact vaporised the meteor and he never found the iron he was after.

Underneath the Yucatán peninsula of Mexico is the much larger Chicxulub Crater, caused by a meteor perhaps as large as 50 miles across. That impact would have been like one billion of our largest nuclear bombs, creating a 100m high mega-tsunami, spreading a superheated dust cloud across the earth, igniting wildfires, triggering earthquakes and volcanic eruptions and leaving the earth in a cold, sunless winter for perhaps a decade or more. Crucially, this impact could explain the extinction of dinosaurs which undoubtedly walked the Earth before us, evidenced by their fossilised remains in the rock.

In a bizarre twist in the long debate between uniformitarianism and catastrophism, both views are now integrated into the field of modern geology after the discovery of many more similar craters around the world.

The Earth has indeed progressed since its inception, but its history has been brutally punctuated by catastrophe after catastrophe. Who knows what will hit us next? Even the short history of humanity has been punctuated by the catastrophic rise and fall of civilizations across the world.

Tim Keller, in his New York Times Bestseller “The Reason for God”, points out that shedding light on one aspect of truth, does not mean that the entire truth has been uncovered. Indeed, the progress of science and technology often illustrates this. As humanity discovers or theorises about new phenomena, it forces us to revise, or sometimes discard, cherished and long-held beliefs in other fields. Lord Kelvin understood this and saw his faith in Christ as supporting and informing his work in science. A commitment to the scientific method, and following wherever the evidence leads, is a mark of many people, of any and all religions – and that certainly includes Christians, too.

Evidence forces us to change our minds, sometimes – but the evidence of the truthfulness of the Bible is growing, in history, in archaeology, in psychology, and in many other fields, decade by decade. Don’t make the mistake of thinking, as some of those 19th century thinkers did, that it’s an either/or question – catastrophism is right, or uniformitarianism is. Both have deep truth behind them – just like science, and the Bible.

Our blog has lots of interesting articles. For example, James Irwin’s moon landing experience and the Moon Landings and the Resurrection of Jesus.