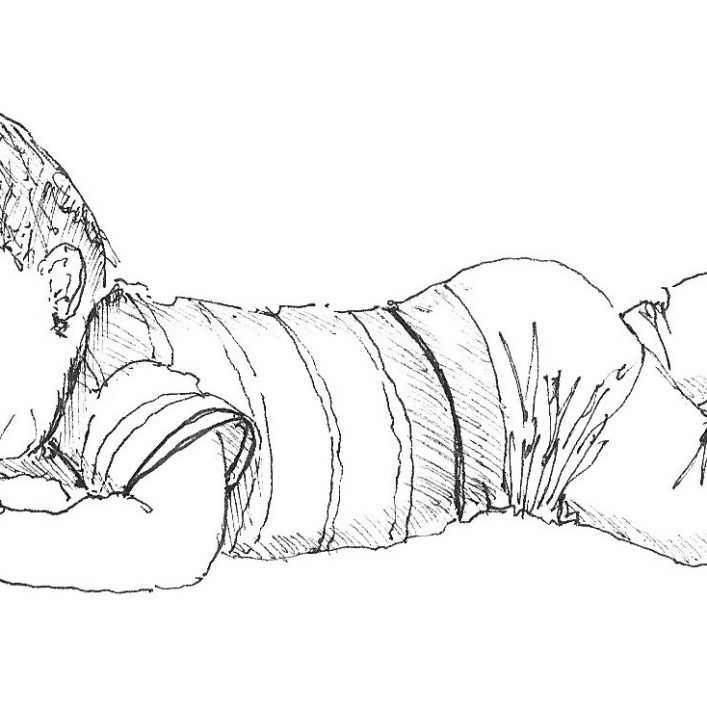 A friend recently posted a very cute picture of her 2 month old boy with the caption “‘How am I supposed to say ‘No’ to this little face one day?” and I thought don’t worry give it a couple years and he will help you to work out how.

Yes, we are talking about the Terrible Twos – Tantrums!
At any point in the day, for apparently the smallest – or no reason at all, your placid little darling can, [like ‘Jack Jack’ from ‘The Incredibles’ film], burst into flames, shoot lasers from their eyes or become a bright red imp from the pit of hell. What can we do about it? Here are a couple of thoughts on the bigger picture that are worth thinking through.

Perspective: Don’t expect the Terrible Twos (Don’t predict your own future)
Are you expecting your child to be terrible when they are two? If you are, could you be feeding the monster? I’m not naive here, I know there are huge developmental changes that children go through at this age, which play a part in their behaviour. But, if we just resign ourselves that this is our fate, then should we wonder if our kids unconsciously pick up on this and obligingly play the part. Expect the best. Be optimistic. Don’t expect bad behaviour.

Preparation: Expect the Terrible Twos (Be as ready as you can be)
This may sound like a total contradiction of what was just stated above, but let’s be real. If you were to go into complete denial and stick your head in the sand, saying, ‘The Terrible Twos do not exist’, it would be ridiculous. So, if you are still in the ‘Wonderful Ones’, start laying the groundwork for the next stage now. Everyone will do this differently (and there is no silver bullet) but start to talk these things through with those close to you in your life now.

Begin to think about what your standards are – how are you going to choose your battles and how will you deal with tantrums at the shops and at home? Temper tantrums and outbursts are often sparked by frustration. Often little ones at this stage do not have the language they need in order to express themselves. But, mixed in with the frustration will be anger, which if left unchecked when they are young will only get worse when they are older. Give your little one the words to express how they are feeling. Try to limit telling them to ‘stop whining’. Give them simple words like “help please’ or ‘No, thank you.’ We gave our own struggling talker simple baby sign language to help. Do your best to remain calm; if you throw tantrums whenever your kids throw tantrums, can you be surprised at their response?

Consistency is key
Consistency is a key aspect in being able to not just survive, but to thrive during this age. You have to be consistent in order to eliminate confusion. Without consistency it will take longer for your child to learn what is acceptable and what is not. And finally…

Don’t despair, they won’t last forever
In the midst of tantrums and trials, try and remember: this too shall pass. There are many stages that children pass through in childhood, and at the time they may seem never ending. These times are mercifully called a ‘stage’ for a reason. It will not last forever, but it also gives you a good opportunity to start to work out how you are going to set boundaries and rules for your family.

May your two’s be terrific!

Dean and Kris Dryden have 5 children aged 5-20 years old. Dean is the Families Worker for Cornerstone Church Kingston, and you will find both of them involved in a variety of family activities at The Hub.