Sex and Gender: Not the Same - Cornerstone Church Kingston

Sex and Gender: Not the Same 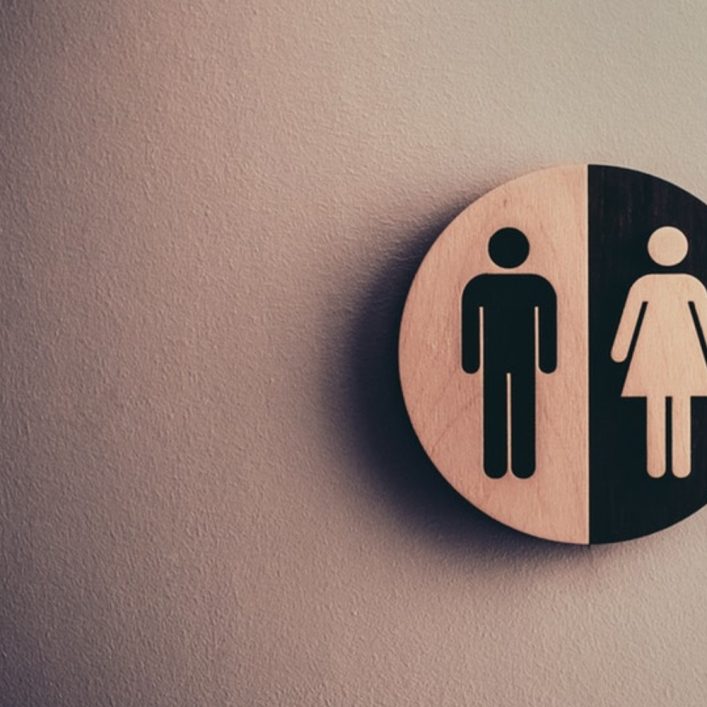 When millions of people gave their lives for freedom, democracy and love of their fellow man in the two world wars, pretty much everyone on both sides believed you were either a man, or a woman, and there is no middle ground; that men and women are, in some ways, quite different; that marriage was good, and meant one man and one woman; that homosexuality was wrong, and its practice should be illegal; and that no-one who was sane would even question any of this.

In the 60s, hedonism, drugs, the pill and free love ended the premium on marriage. For some, sex no longer had anything to do with having children, or with relationship, or commitment; it could be just for fun. Divorce rates started to rise; and the traditional family felt the first nail in its coffin.

Pretty soon some were questioning whether there really are any fundamental differences between men and women at all. If sex isn’t about reproduction, it can be just a matter of identity, of self-expression. But it can be imposed as a social construct, like class, or race. Obviously, the intellectuals said, all decent people should be tearing down the barriers and letting people be who they wanted to; equal rights for all. Feminism blossomed.

Laws were changed as public opinion, swayed by the intellectuals and directed by the media, began to follow this liberal current of thinking. No-fault divorce became acceptable.

But then; if sex is not really about biology, but is a matter of social or personal identity, why shouldn’t heterosexuality also be seen as merely a matter of convention? The gay movement was born on the back of this, and began to lobby just as vociferously as feminism had for legal change, and public perception, and social transformation.

Developments in medicine and surgery and their expansion in the developed world opened up the possibility of people trying to modify their hormonal and anatomical sex, and so not only was your expression of your sexual identity up for grabs, you could even choose to try and change the biological facts to match. Sex (or gender) was not a given; it was a choice. And for the first time, declaring that “I’m a man” when you clearly have a biologically female body (or the reverse) didn’t sound insane. If someone sincerely claimed to be a dog that happened to be born in a human body they would be sectioned. But claiming to be a woman born in a male body; no, that was perfectly reasonable. How about a white man born in a black body?

Now, we have gender theory, which talks about masculinity and femininity being just two axes along which a person’s sense of self can move. The idea of people being either male or female is shifting to the idea of there being a kind of spectrum, and movement within that spectrum being normal, and a personal right which ought to be state supported, with medical provision as necessary. Not only is change between anatomical male and female endorsed, but intermediate states of transsexual and ‘queersex’ are considered. Further complexity is introduced by e.g. anatomical females who constantly take hormones to experience more closely the inner or emotional world of a male and people who reject the labels entirely and modify their bodies as they chose, disregarding the categories of male and female. There are people who think they are lesbians trapped in a male body, and people who identify themselves as asexual, oppressed by a society which forces categories of a sexual nature onto all humans.

What does the bible have to say to all of this? Well, it starts – as the whole story does – with creation. The fundamental realities are those which God builds in to his creation.

Humans do come in two kinds, because God made it so – male and female. Our biology reflects this, with almost every cell in your body (some have no nuclear DNA, some are sperm or eggs) having either two X chromosomes (female) or an X and a Y (female). Surgery, hormones and rewritten birth certificates don’t and can’t change that. And to create a new human life you need one egg from a female, and one sperm from a male. Even our anatomy is a gloriously complementary reminder; male and female just ‘fit’ together.

The bible says our sex is a given, chosen by God – like our parents, and what time in history and what country we are born – and we are not free to reject it or rebel against it. To do so is to prefer our plan for ourselves over God’s; it is sin. Because we live in a fallen world, and we are all rebels at heart, we will often wish these things were different; but the path of wisdom, the path of fullness of life, the path of obedience, is to accept that God made us when and how he did for His good reasons and for our good.
The bible says sex and sexuality is deeply a matter of personal identity, and a picture to us of relationship within the trinity – persons of equal worth, but different – and of his relationship with us. For this reason, it is sacred, and it is absolutely tied to permanent, unchanging, loving covenant faithfulness. It is for pleasure, and enjoyment, and intimacy, and joy; but it is designed for exclusive, jealous, passionate commitment – like God’s love and commitment to us.

And the bible doesn’t constrain us with arbitrary social norms and conventions, but delights in diversity. Men can cry in the bible, and women can be astonishingly strong. Female tree surgeons and male hairdressers are not a problem for God. God’s concern and command for men and women is not about being different in those ways, but in their roles. Men – whether they are physically strong, hyper-masculine warrior types or timid, weak and gentle – are to lead in their marriages, their homes and their churches, to seek to protect women and children, to provide for them, and to bring (not necessarily physical) strength and security wherever they can. Women are called to submit to husbands and encourage them, to bear children, to nurture and support, to cherish, and to bring beauty and comfort wherever they can. Both are called to submit to all God’s appointed authorities, to use their strengths and resources for the sake of others, and to display in their lives the likeness of God in Jesus.

Sex and sexuality are real, and they are, like all reality, determined by God. Those who embrace his plan and purpose for them find them life-giving, liberating, joyous and good. Those who don’t will find them, in the end, a prison.