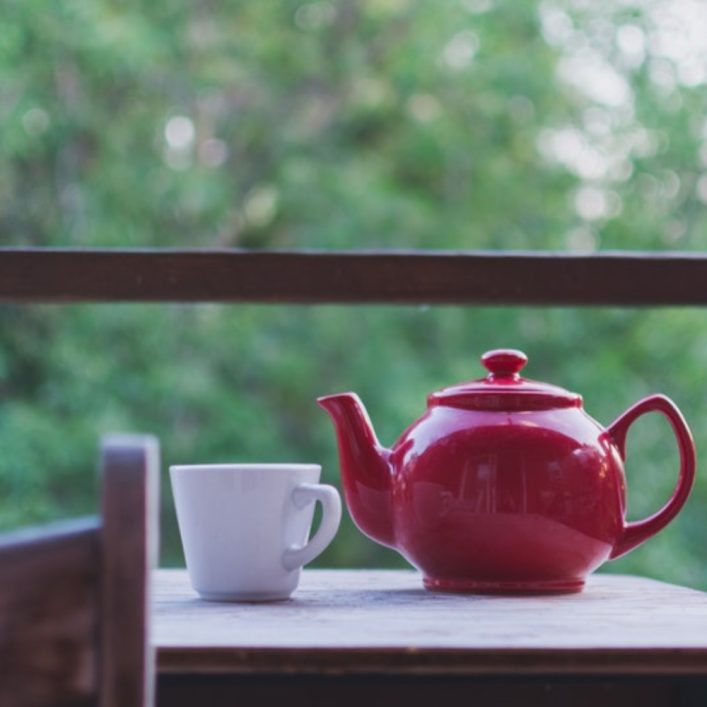 Have you ever heard of Russell’s Teapot? It’s named after the philosopher Bertrand Russell, who we might call one of the ‘Old Atheists’ – for the first half of the 20th Century, he was a famed and prominent advocate of logic, reason and sceptical enquiry, and a committed opponent of religion.

In 1952 (five years before he published the book ‘Why I am not a Christian’), in an unpublished article commissioned by Illustrated magazine, he wrote –

‘Many orthodox people speak as though it were the business of sceptics to disprove received dogmas rather than of dogmatists to prove them. This is, of course, a mistake. If I were to suggest that between the Earth and Mars there is a china teapot revolving about the sun in an elliptical orbit, nobody would be able to disprove my assertion provided I were careful to add that the teapot is too small to be revealed even by our most powerful telescopes. But if I were to go on to say that, since my assertion cannot be disproved, it is intolerable presumption on the part of human reason to doubt it, I should rightly be thought to be talking nonsense.’

Russell is clearly not intending by this ‘parable’ – the generous might say ‘thought experiment’ – to provide evidence against theism. (Indeed, Russell declared himself to his more thoughtful, philosophical audience to be agnostic, not atheist, as he found no strong grounds for the belief that ‘God does not exist’.) His intention is more modest, and he states it explicitly – he just wants to demonstrate that the burden of proof is on theists (e.g. Christians) to prove there is a God, and not on atheists to prove there isn’t.

The ‘New Atheists’, not least Richard Dawkins, have seized on the teapot as a device with which to ridicule religious believers and a persuasive demonstration of the stupidity of belief in God. Sometimes it is even presented as a knock-down argument against the existence of God. That is one of the distinguishing features of the New Atheists, especially the ‘Four Horsemen’; they often display neither personal nor intellectual modesty, regularly misrepresent others, overstate their case at every turn and use abuse and ridicule. Would that they were more like Russell – more measured, courteous, rigorous and careful in their arguments.

But the teapot won’t support this enormous burden placed upon it. For a start, it makes the error of confusing absence of evidence with evidence of absence. (I personally have absolutely no evidence for the existence of the device you’re reading this on; clearly, that is not evidence that the device doesn’t exist.)

We have good reasons for doubting an orbiting teapot; we know a good deal of relevant facts about entropy, materials science and the difficulty of getting an object into solar orbit. This is evidence which we can apply to the claim ‘there is a teapot orbiting the Sun between Mars and Earth.’ Teapots do not (except with vanishingly small probability) exist in nature except when human beings make them; and so we can say with confidence that it is immensely unlikely that there is such a teapot.

What, then, can we say about the probability of God? Nothing. We know that the probability of rolling a die (unbiased!) and getting a 6 is 1/6 because we have observed many, many dice rolled many, many times and we can count how often a 6 comes up. But we know of only one universe, and the question of whether or not it is governed by God is the very point being debated; to assume that is unlikely is just to assume that you’re right without proving it at all. If we knew of 1,000,000 universes, and we knew that only one of them was governed by God, then we could say that God governing this universe is unlikely. But of course we have absolutely no such knowledge. God may or may not exist; we can say nothing about the probability either way.

But there is more; Russell implies there is no evidence for the teapot – that it is too small to see with any telescope. But is the claim that there is a God without evidence? Certainly not – there are many things we can observe, without a telescope, which are more probable if there is a God than if not: the existence, coherence and the prophetic nature of the bible; the historical character, actions, and words of Jesus of Nazareth; his death, and the emptiness of the tomb he was buried in shortly after; the passion, commitment of his disciples and their willingness to die for Him. And then there are the classical arguments for God – the Kalam argument, the ontological argument, the argument from morality, the fine tuning of the physical constants of the universe for life, and many others. You can point a telescope at Russell’s teapot, and you can see for yourself if it’s there. And you can do the same with God; he is not invisible, and he is abundantly knowable to all who sincerely seek him (1).

And a question for you: if we did find a teapot in solar orbit, what would we conclude? Perhaps we’d think it just random probability that some matter assembled itself into that form; but far more reasonable would be the conclusion that someone made it and put it there. We may not know who, or when, or why – but we would be confident that behind it was an intelligent being with a purpose.

And what if we found a man who claimed to be God, lived a life of incomparable goodness and unselfishness, made sick people well, blind people see, paralysed people walk, and dead people live again? What if he himself appeared, alive, after violent execution and secure burial guarded by the world superpower? Certainly, that is hugely more unlikely than Russell’s teapot; and that, too, is surely best explained by an intelligent and extremely powerful being with a purpose. We might even call a being who could arrange such a monumentally unlikely coincidence of improbable events ‘God.’

Or we might point our metaphorical telescopes the other way, write articles about how ridiculous the idea is, and tell everyone that since there is no evidence, we refuse to believe it.