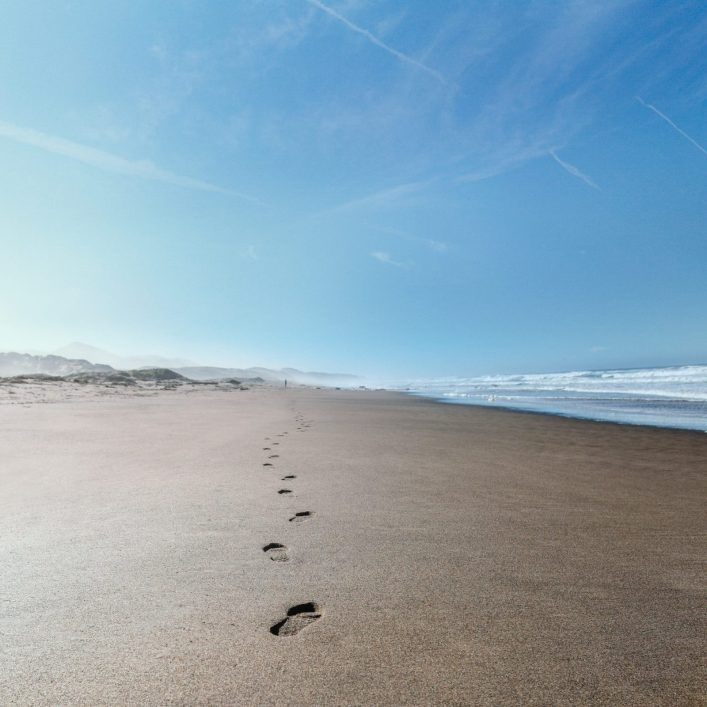 Can you tell us a bit about your early life
I grew up in Surbiton, during the second world war, and I have vivid memories of going to school carrying a gas mask and blanket. Lessons were frequently interrupted by air raid warnings, and we were used to the sound of bombs dropping, along with things like blackouts and food rationing. But despite these restrictions, life was surprisingly ‘normal’.

Have you always been a Christian?
My parents were Christians and I’d had Bible stories read to me for as long as I can remember. Yet I knew that to become a Christian required a personal decision on my part. One night, when I was seven, I called out to my mother and told her I had asked Jesus to be my Saviour. My mother listened carefully before giving me a ‘Decision Card’ and suggesting that I sign it in the morning. To her surprise, the next morning, I had put ‘March 17th & 18th above my signature. ‘I gave my heart to Jesus last night’, I explained, ‘but I signed the card today’!

From the time I could read I was encouraged to read a few Bible verses each day. On March 18, the verses were from John 20 including verse 29. ‘Blessed are they that have not seen, and yet have believed.’ And I remember thinking ‘That means me!’

You’ve been a Christian for a long time. Do you have any advice for someone struggling to continue in their faith?
I have a relationship with God that will last until I get to glory – and beyond! He promised, ‘I will never leave you nor forsake you’, [Heb 13:5] yet like any relationship it has to be worked at, and the more time one spends with the Lord, the better one gets to know him.

The lord reveals more and more of his character to me as I read his Word. He is always ready to listen when I talk to him in prayer, sharing the things that concern me and asking for his help. I’m left in no doubt of his sacrificial love for me, and I believe that my life will gradually be changed until it reflects his character, because he has promised: ‘He who began a good work in you will carry it on to completion until the day of Christ Jesus.’
[Phil 1:6]

However, when I neglect my relationship with the Lord, the Holy Spirit prompts me to confess my sin, thank him for his forgiveness and move forward, trusting him to give me the resources to continue in my walk with the Lord.

Have you always been content as a Christian?
The verse I was given when I was baptised was ‘May the God of hope fill you with all joy and peace as you trust in him.’ [Rom 15:13] Life’s journey is made up of twists and turns. In my life there have been times of pain, questions, and tears, yet I can honestly say I have never regretted becoming a Christian. It has been in the dark times that the Lord has become even more precious, giving me strength, joy and peace beyond human understanding.

One such dark period was soon after I started teaching. Both my parents were diagnosed with terminal cancer, but I was able to care for them at home until the end. My brother and his wife were most supportive throughout this period, and the prayers and practical support of Christian friends made me appreciate the value of belonging to a church family.

Another difficult period was when I started applying for headships. My applications led nowhere, despite numerous interviews, and I began to wonder if I had misunderstood what I’d taken to be the Lord’s guidance. When I was finally appointed to the headship of a local infant school, it was amalgamated, a year later, with the junior school and I had to leave. I was then appointed to another headship, but this school too fell victim to amalgamation.

Throughout this period, I asked: Why, Lord? Why all the frustration, disappointment, and upheavals?’ Then I realised that the Lord was giving me the privilege of being his witness, and that my own attitude to the situation could bring a measure of calm to parents and staff who were anxious about the forthcoming changes. Thankfully, my third headship lasted until my retirement.

The Lord continues to teach me the joy of resting in his love and care, appreciating that ‘in all things he works for the good of those who love him, and who are called according to his purpose’ [Rom 8:28].

What would you say to someone struggling to feel content, especially around singleness?
For all Christians there comes a point when they have to face the challenge of who is going to make the decisions throughout their life – is it going to be them, or the Lord?

This was a challenge the Lord gave me when I was deciding where to teach. One day as I was reading my Bible and praying about it, a verse from Isaiah 6 seemed to jump off the page. ‘Whom shall I send? And who will go for us?’ Was the Lord asking me to go abroad to do this? There followed weeks of struggle until I could finally say, ‘Lord, if that’s what you want, I’m willing.’ and I experienced his peace.

So where did he want me to teach? As I was reading, in Ezekiel 3, the verse that spoke to me was this. ‘You are not called to a people of a strange speech or a hard language, but to the house of Israel.’ I took this to mean my own country. So I applied to the local education authority and was appointed to a school in Chessington.

The subsequent illness of my parents confirmed to me that this was the Lord’s will. But meanwhile I had learnt an important lesson that, whether I married or remained single, it was to be the Lord’s choice.

The Lord wants us to live fulfilled lives, and there are many advantages to being single! The Lord has blessed me with a wide circle of Christian friends, and opportunities abound for service. The Psalmist David could say, ‘All the ways of the Lord are loving and faithful for those who keep the demands of his covenant.’ [Ps 25:10] The Living Bible paraphrases this as, ‘When we obey him, every path he guides us on is fragrant with his loving kindness and truth.’ There is no need to look enviously at others, thinking the grass looks greener on the other side. The path he leads us on brings true contentment.

Do you have any other thoughts or words of wisdom for the younger generation?
Life is never all sunshine. There are bound to be ‘cloudy’ days but then I need to ask myself ‘Why?’ ‘Is there something I can do to alleviate this?.’

Here are some questions I often ask myself:
Is it spiritual? Have I allowed anything in my life that has spoilt my relationship with God and for which I need to ask his forgiveness? Have I doubted God and failed to trust him to be faithful to his promise to meet my needs?

Only God can see the future, we need to live one day at a time, but as Corrie Ten Boom once said, ‘Never be afraid to trust an unknown future to a known God.’