One Giant Leap: What did the moon walkers experience? - Cornerstone Church Kingston

One Giant Leap: What did the moon walkers experience? 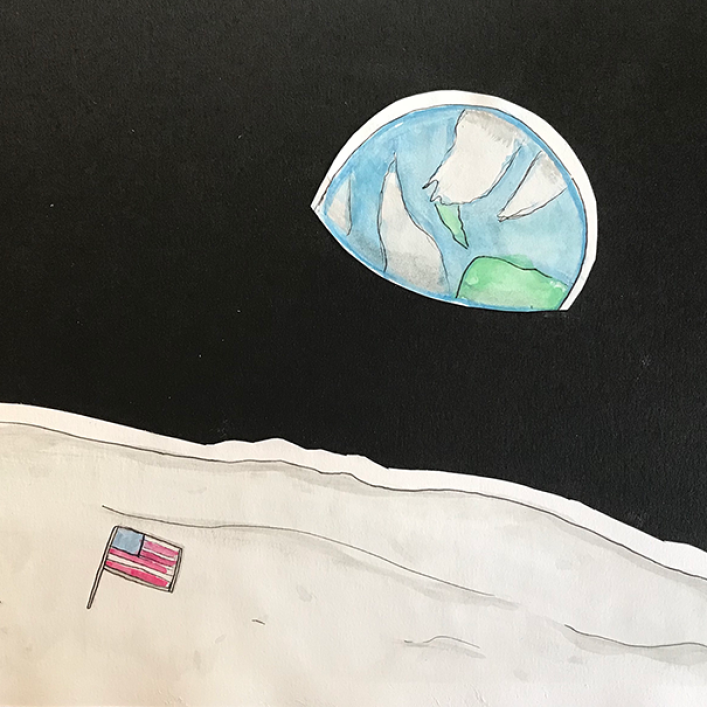 This weekend marks the 50-year anniversary of a remarkable event. At 20:17 (GMT) on July 20th the Apollo 11 lunar module landed on the moon. “The Eagle has landed.”

Six hours later on 21st July at 02:56 (GMT) Neil Armstrong put his foot on the moon, the first person to step on anything extra-terrestrial. “One small step for man, one giant leap for mankind.” Twenty minutes later Buzz Aldrin joined him.

Since that date a further ten men have walked on the moon making twelve in all. All of those twelve men have talked about it as a profound experience – that is not surprising.

Before Buzz Aldrin emerged from the lunar module to be the second man on the moon, he pulled out a Bible, and some bread and wine and celebrated “communion”, the symbol of God and man reunited by the sacrificial act of Jesus.

James Irwin, the eighth person to walk on the moon, looking back at Earth said, “The Earth reminded us of a Christmas tree ornament hanging in the blackness of space. As we got farther and farther away it diminished in size. Finally it shrank to the size of a marble, the most beautiful marble you can imagine. That beautiful, warm, living object looked so fragile, so delicate, that if you touched it with a finger it would crumble and fall apart.

“Seeing this has to change a man, has to make a man appreciate the creation of God and the love of God.”

He also wrote, “Being on the moon had a profound spiritual impact upon my life… The entire space achievement is put in proper perspective when one realises that God walking on the earth is more important than man walking on the moon. I believe that God walked on the earth 2,000 years ago in the person of Jesus Christ. I have totally yielded my life to the Lord’s service to tell people everywhere about the life-changing message of Christ.”

From a distance, the earth does look so beautiful, and to quote another astronaut, John Glenn, “To look out at this kind of creation and not believe in God is to me impossible. It just strengthens my faith.”

Creation declares the glory of God, as the Bible says, but close up and personal, the world is not so beautiful. People have rebelled against God’s beautiful design, and Jesus walk on the earth was met by rejection. The Easter story tells us he was despised and rejected. A crucifixion was humanity’s welcome to their God.

And yet this was Jesus’ mission: not only to walk on Earth but to die for our sin and to rise again.

Wonder of wonders! The creator of the moon and stars became one of us and took his steps on earth, so that we can take flight and inhabit the heavens and the earth for eternity.

Pete Woodcock is the pastor of Cornerstone Church Kingston and loves to fish.