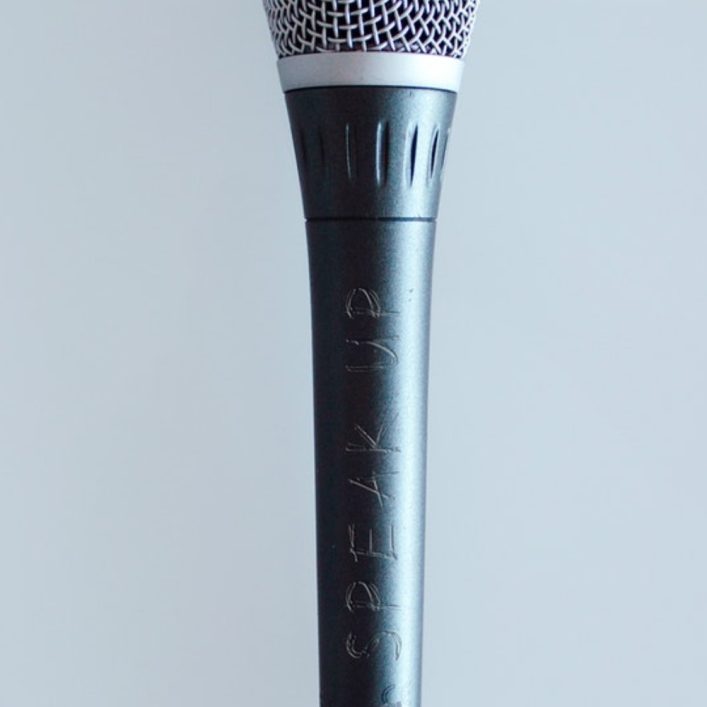 Pete Woodcock outlines the biblical reasoning behind the appointment of three new Elders at Cornerstone:

Many of you have expressed excitement about this development in the growth of Cornerstone but I thought I would explain how we, as Cornerstone, go about this process.

In all things we want to submit, with joy, to the word of God. And clearly this is a must when recognising and appointing new leaders. We don’t want just “jobs for the mates” or overseers who do not conform to the biblically-required character.

1 Timothy chapter 3 is so clear that all we have to do is to compare Stephen, Steve and Matt with the standards required of an overseer and see if they fit.

1 Here is a trustworthy saying: If anyone sets his heart on being an overseer, he desires a noble task.
2 Now the overseer must be above reproach, the husband of but one wife, temperate, self- controlled, respectable, hospitable, able to teach,
3 not given to drunkenness, not violent but gentle, not quarrelsome, not a lover of money.
4 He must manage his own family well and see that his children obey him with proper respect.
5 (If anyone does not know how to manage his own family, how can he take care of God’s church?)
6 He must not be a recent convert, or he may become conceited and fall under the same judgment as the devil.
7 He must also have a good reputation with outsiders, so that he will not fall into disgrace and into the devil’s trap.

1. A NOBLE TASK
1 Here is a trustworthy saying: If anyone sets his heart on being an overseer, he desires a noble task.

The task is noble and is a good thing to set your heart on. Why? Because the qualifications for the task are mostly about character. Really, all Christian men should want to be of noble character.

We are so thankful that at Cornerstone there are so many that fit the character of an overseer. We have a great bunch of godly men. And in some ways we could have chosen others formally to come onto the oversight team.

If you are thinking: “I would like that task”, then keep on being a godly man. As the church grows, we will always need to extend the oversight team.

For now, Stephen Kinnaird, Steve Sims and Matt Dreyer are the ones that the existing oversight team see as being the right men to add to our number.

2. OVERSEER
on being an overseer
There are a number of terms in the New Testament – “overseer” , “elder” and “pastor” (or shepherd) – that are used for the same task. In Titus 1:5-9 “elder” and “overseer” are used interchangeably. In Acts 20:28 Paul tells the Ephesian elders (presbyteros in Greek) that the Holy Spirit has made them overseers (episkopos in Greek) to care (poimaino in Greek = “to pastor, serve as shepherd of”).

But the word elder can be a little confusing. Can we elect three men still in their twenties to “eldership”? Doesn’t the word imply a certain age?

It’s true that originally in the Greco-Roman world the word “elder” did mean someone who is older, but the term quickly took on something more than age – that is, it includes what goes with the respected position of an older person.

We can see how the word “elder”can be used of a younger person by looking at the practice of the New Testament. If the word “elder” means only someone who is old, then why would Paul say to Timothy as he does in 1 Timothy 4: 12 Don’t let anyone look down on you because you are young, but set an example for the believers in speech, in life, in love, in faith and in purity.
Again, although the word “elder” is used, nowhere in scripture are we told that an age qualification is necessary for eldership. It would only be implied in the meaning of the term, which, as we have already seen, may have been adopted for use by New Testament writers without carrying over its original sense. And in any case, what is “old”? In the 1st century the average lifespan was less than 40 years.

However, having said all that, there is much wisdom in seeking voices of experience to be those who generally oversee the church. That’s why we took a long, hard look at the three men in question. It is very possible for a younger man to be a very wise and capable leader, and an older man to be a fool. That is why character is so important and not age.

3. MALE
1 .. he desires a noble task.
2 Now the overseer must be above reproach, the husband of but one wife…able to teach,

The overseers are to be male. Of course we need biblically-informed women and we at Cornerstone are blessed with many. And many times the oversight team has both sought and taken helpful advice from the godly counsel of women.

However, according to Scripture, an overseer is to be male and able to teach. Paul says in 1 Timothy 2:12: I do not permit a woman to teach or to have authority over a man; she must be silent.

And as you can see, Paul also says: the husband of but one wife, NOT the wife of but one husband.

4. ABOVE REPROACH
2 Now the overseer must be above reproach,
The word used here means “not to be held”. In other words no-one has anything on him. No charge can be sustained. Nothing could be brought up that would bring disrepute on the gospel or the church.

5. A ONE-WOMAN MAN.
2 Now the overseer must be ..the husband of but one wife,
Literally it means “of-one-woman (wife) man (husband)”. Many commentators understand the phrase to mean “having the character of a one-woman man. That is faithfulness.

6. NOT DRUNK
2 Now the overseer must be …temperate,
The word used for temperate means “not mixed with wine.”. It doesn’t just mean “not the person who always has a drink in his hand at the party”, but it means sober-minded. It means mentally alert and therefore spiritually perceptive, active and alive. Someone who curbs their impulses and that’s why the next words all fit: self- controlled, respectable.

Paul goes on to say that an overseer is someone 3 not given to drunkenness, not violent but gentle, not quarrelsome,

7. OPEN HOME
2 Now the overseer must be …hospitable,
Literally this means “loving the stranger”. Not clique-y and having exclusive friends but open-homed and open-hearted to new people of all kinds.

8. TEACHERS
2 Now the overseer must be above reproach….able to teach,
This is the one requirement that is not a character feature expected for all men, but it is a requirement for an overseer. It’s doesn’t mean that they have to be preachers but that they are able to teach the gospel and discern errors. They don’t have to be great speakers but they must be rooted in the scriptures.

9. NOT MONEY LOVING
not a lover of money.
In other words they are generous with their money – givers to the gospel and the church. Not selfish and not hoarders.

If they do have children, then they have to be responsible in bringing them up. However, I don’t think this means that before someone can be an overseer they must have a family so that we can see how they bring up their children. That would mean excluding anyone who does not have children. Historically no church group have ever taken it that way.

What it means is that where you can see and test people in family life – are they consistent? So to manage his family (household) means he must be a good steward of his house and his finances, as well as all the people and resources over which he has responsibility.

11. NOT A RECENT CONVERT
6 He must not be a recent convert, or he may become conceited and fall under the same judgment as the devil.

12. GOOD REPUTATION
7 He must also have a good reputation with outsiders, so that he will not fall into disgrace and into the devil’s trap.
He must have a gospel-hearted reputation with the world. The world may not like the gospel but they must see that he is consistent with what he believes.

I am very pleased to say that Stephen Kinnaird, Steve Sims and Matt Dreyer all show these the characteristics and fit these requirements.They are not perfect men but they are gospel men, good managers of their households and generous givers who, for many years, have soberly commended the gospel to people.

I am so excited to have them joining the oversight team and to commend them to you. Make their task a joy as they take on this God-given role among us.