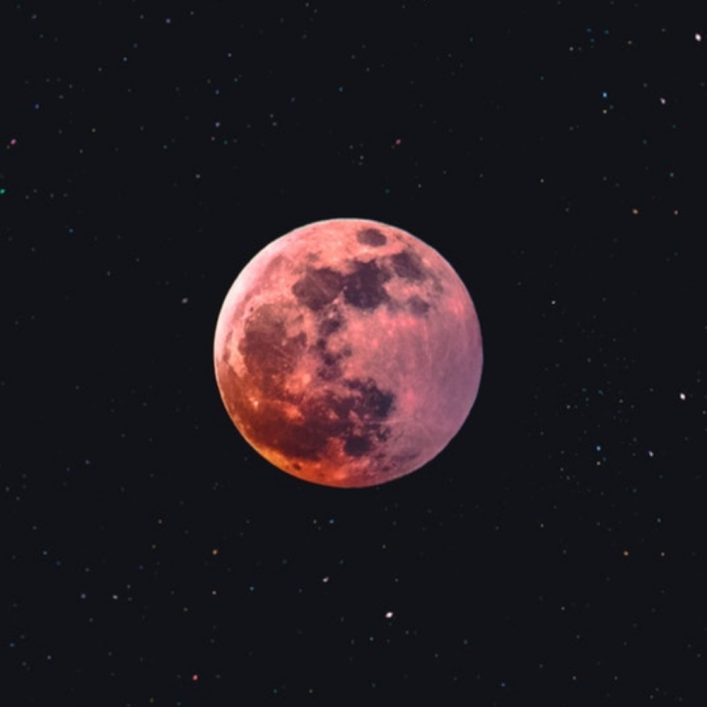 This month will mark the 50th anniversary of the moon landings; when the Apollo 11 Moon mission lifted off from Florida on 16 July 1969 and touched down four days later. To celebrate this historic world event, we are publishing a series of articles on the moon. Here is the first, with awe-inspiring facts about the moon.

That moon is, on average, about 240,000 miles from the earth. If you ran a marathon every single day for 25 years, you would have run just about far enough to get to the moon. The sun is about 400 times further away, at around 93 million miles. To cover that distance in 25 years, you’d have to fly from London to Brisbane every day!

Remarkably, the diameter of the sun and the moon are also about 400 times different – which is why they are the same size in the sky. If it weren’t so, we couldn’t have the stunning solar eclipses we occasionally get to see, or the lunar eclipses we get more often.

Did you catch the ‘super blood wolf moon’ on January 21st this year? Perhaps not – to catch it at its best, you’d have to have been up between 5 and 6am! But there were plenty of pictures in the media the following day. That was a lunar eclipse – when the earth passes directly between a full moon (which in January is called a ‘wolf moon’) and the sun, so the earth’s shadow covers the otherwise bright moon. A little of the redder light from the sun is bent by the earth’s atmosphere, so the moon doesn’t go dark, but instead appears yellow, orange, or, if you push your imagination, almost ‘blood’ red – for much the same reason that our daytime sky is blue. (Ask a physicist!)

The ‘super’ part is because the moon was unusually close to the earth – its orbit is not quite a circle, so it varies in how close it is, and sometimes it appears about 7% wider, and 15% brighter, than average. (Likewise it sometimes appears 7% narrower and 15% dimmer). If that coincides with a lunar eclipse occurring at night, you have a ‘super blood moon’.

On 31st January last year, we had a ‘blue moon’, which just means the second full moon in the month. (Unlike a ‘blood’ moon, a ‘blue’ moon has nothing to do with its colour). That was also a super moon, and there was a lunar eclipse that night – making it a super blue blood (wolf) moon! The next one of those won’t be until January 31st 2037.

There will be a blue blood moon a bit sooner, though, on 31st December 2028, and although it won’t be super, it will look very impressive, because in London (and much of Europe) it will rise as it’s eclipsed. When the moon is near (or on) the horizon, it looks much bigger to us than when it’s high in the sky. (That’s for psychological reasons, not physics.)

If you’re looking for something sooner, there will be a pretty spectacular half-red moon on 16th July this year. You might want to be somewhere high, and in sight of a favourite landmark, because you’ll see (weather permitting!) the earth’s shadow move across most of the rising full moon. It will be low in the sky here, and the dark portion of the moon will look deeper red, contrasting with the still-white portion not touched by the shadow.

The heavens declare the glory of God; the skies proclaim the work of his hands. Day after day they pour forth speech; night after night they reveal knowledge.
Psalm 19 verses 1-2