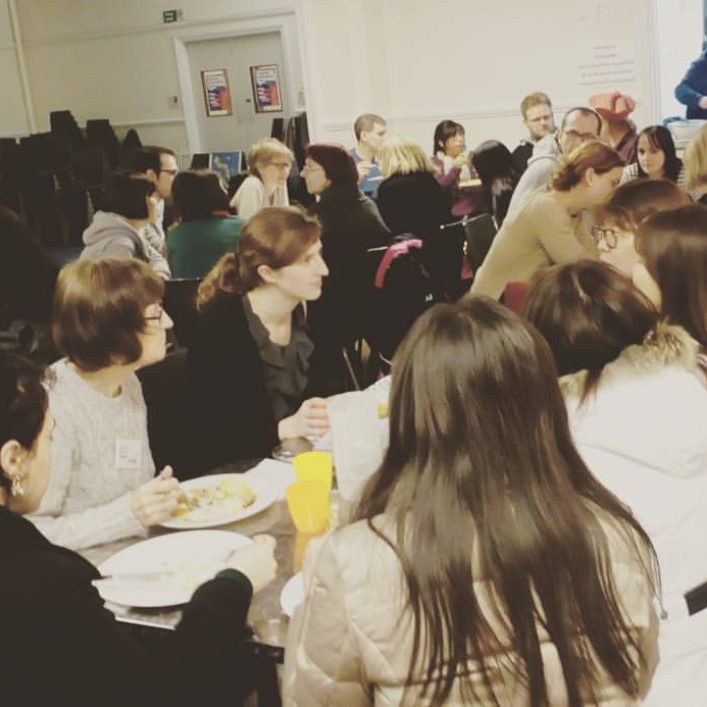 When one thinks about the word ‘café’, it often conjures up mental images of a hot brew, cosy chats, deepening relationships and a sense of warmth in the heart. With such fond associations, it’s no wonder that the number of cafés in the UK has more than doubled over the past decade.

But what if the café didn’t just offer drinks, but also the opportunity to share a meal together, to play games, and to make friends from all over the world?  And what if there was also a chance to learn English? All for free? Now wouldn’t that be something close to an international slice of Heaven, giving us a tiny glimpse into God’s very own kingdom?

Well, this is, indeed, what the International Café at Cornerstone Church has been witnessing over the past few years. This is a café that has seen such growth in numbers, that we are now welcoming some 50 people, including regulars and newcomers, every Tuesday evening, come rain or shine.

What is it that draws Amy from China, Anna from Albania and Anja from England together, despite the completely different backgrounds and pursuits that they have?

Amy recalls her outlook on life, just six months before she started coming to International Café. “I realised that I was placing a great deal of importance on my own material wealth and social standing, and always comparing myself  to other people. To my surprise, the café volunteers genuinely, and unconditionally, welcomed me, week after week, and I was given the opportunity to learn and practise English, as well as the chance to become more familiar with British culture.”

In her experience at the Café, the proverbial ‘stiff upper lip’ is nowhere to be found. On the contrary, all who come are welcomed with smiles and hugs. Amy says,

“I look forward to coming to café every week, because it feels like family now.”

The short Bible stories shared after each meal have even prompted her to attend church services on Sundays, in order to find out more about the Christian beliefs which motivate those involved in this endeavour. Amy’s experience at International Café has given her food for thought on the priorities of her life. 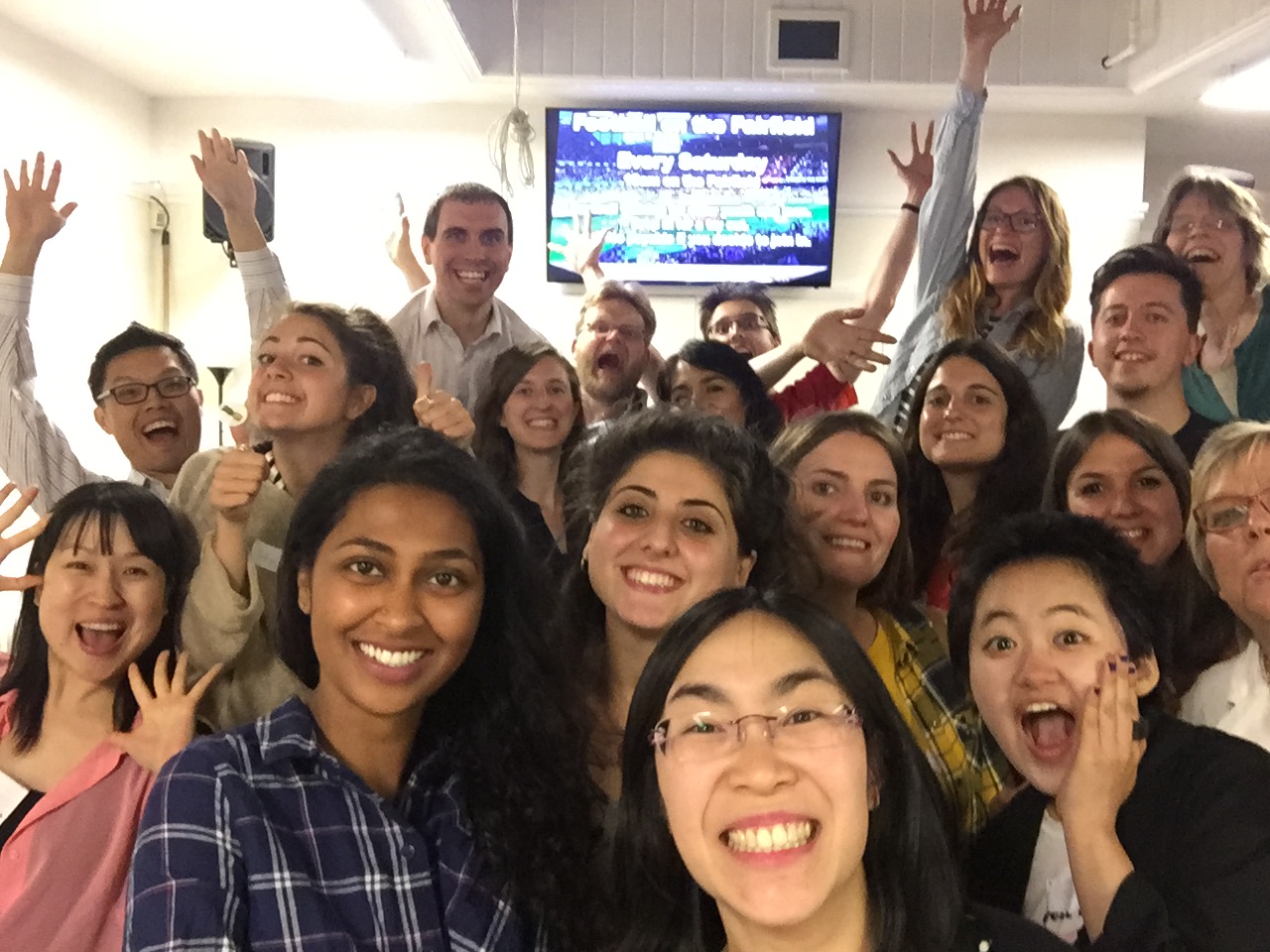 Anna, conversant in three languages – Albanian, Greek and Italian, had been longing to improve her English when she chanced upon International Café.

As a regular, who has been coming for over two years, she thinks her English is now better than her Italian! But, her time at the café has provided her with so much more than improved English skills! The friendships she has made at café have also helped her overcome loneliness.

“It’s that heart-warming feeling I get every time I come to café that has made me want to share it with my sisters, Anastasia and Eli,” she says.  And now all three of them make café a weekly priority, despite having to juggle other commitments such as work and children. Anna firmly believes in the importance of trying new things. “After all,” she says, “coming to café has literally changed my life!”

Anja has been serving at International café as a volunteer since September 2016. She is one member of a 15-strong team who are essential to the smooth running of the café.

For her, the time and effort spent at café, when she would otherwise be spending her evening with husband Jon and one-year-old son Theo, are worth it. Engaging with the melting pot of cultures over a steaming  pot of hot food, whilst also trying to communicate simply and effectively, in her native English language, are skills in themselves. Yet despite the differences in English language ability that she encounters, Anja has admitted, “I have found myself pleasantly surprised by how effective International Café has been in sharing God’s word in the Bible. And the creativity of the activities and games, such as Human Battleship, really helps people bond. The heart-warming stories that I sometimes hear from North Korean and Syrian refugees over a meal, also reaffirm my belief in the purpose of the café. It’s a place where everyone has a chance to share their life story and to be listened to. Making that happen is indeed a noble pursuit and worth the sacrifice.”

Over two thousand years ago, Jesus and his disciples set the first example of what a church family could look like. After the death and resurrection of Jesus, the believers in the early church continued to follow his example by showing warmth and love, and by welcoming diversity. More importantly, they acted out of a deep gratitude to God for the sacrifice that Christ has made for all of us.

Those traits have found their way into International Café at Cornerstone Church and, judging by the continued growth and popularity of cafés in the UK and around the world, the future is indeed bright for this endeavour.

Why not try coming to café yourself, for a slice of loving warmth and family?