God, Sex and the Gospel 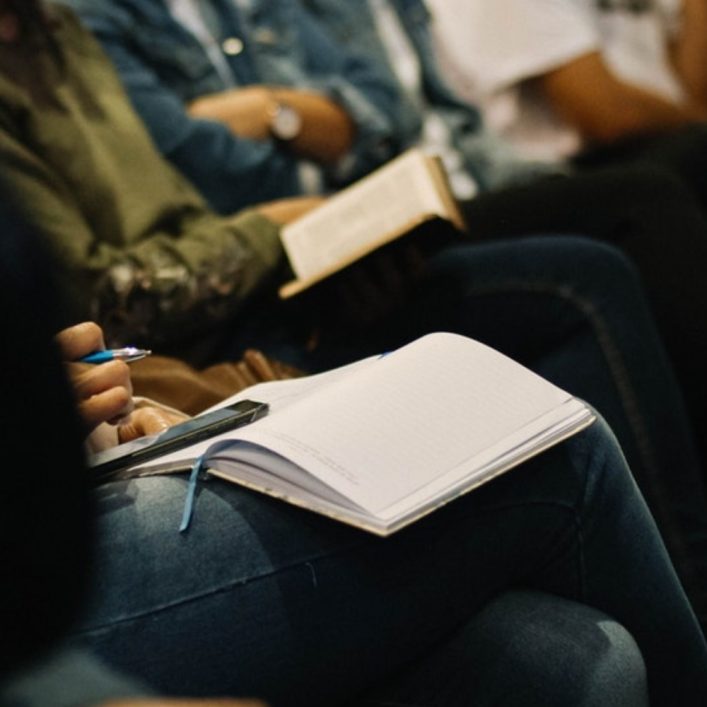 (What Weddings are For)

We live in the midst of a culture which is surely one of the most wilfully ignorant and reality denying in recorded history when it comes to matters of human identity, sexuality and marriage. Consider how exceptional and groundless the current attempt to redefine marriage is. How many civilisations, states and races in all recorded history were in any doubt about marriage being a relationship between a man and a woman?

There are several reasons for this. The philosophy of science and materialism is one of them: the paradigm of evolution means that we no longer believe that our nature is based on a good, lovingly designed pattern, or that it is in any way fixed. It is constantly changing, it arose by chance through a purposeless process, and it is of no lasting significance – so there is no reason why we should strive to comprehend it, or be reluctant to tamper with it.

Technology flirts shamelessly with this shift in thinking, and enables us to actually attempt such modifications. Only very recently has it become possible to manipulate a male body into the form of a female one with some measure of success. Almost every single cell knows the fiction in its DNA, but we don’t let that stop us rewriting birth certificates to sustain the lie. And you no longer need a man and a woman to engage in intimacy to have a child; in fact, you no longer need a man at all. Just for now, you do need a woman to provide a womb; but it is surely just a matter of time before a biological male is brashly ‘adjusted’ to enable him to carry an implanted baby to full term. Perhaps eventually a baby will be grown in the lab, outside of any human body.

And at just this moment in history, as these obscene possibilities for the desecration of God’s image in humanity open up, we find that postmodern thinking is taking over, and people are deeply reluctant to believe that there is any objective truth, any fixed morality, or any meaning to our lives or our choices except what we decide to make of them. In the developed West, at least, this is further compounded by hugely diverse multi-cultural democracies in which secularisation is ever more violent in its intolerance. One result is that religious claims to knowledge of how humans ought to behave are not only ignored, but actively avoided, scorned as arrogant, dismissed as bigotry, vilified and, increasingly, outlawed.

It is into this context that we must speak the word of God, which tells us exactly what human nature is, what male and female mean, and how we should relate to each other – in marriage, in church, and in all of life. In fact, it is more vital and urgent that we do speak out precisely because we live in such a time. Heterosexual marriage and sexual complementarity are not just good gifts of God which we want to use rightly; they are essential pictures of the very deepest realities. And without those pictures, the gospel is almost impossible to communicate. Perhaps you think that a melodramatic and excessive claim, so let me explain myself.

In the Old Testament, the most powerful, clear and frequently used picture (or metaphor) for idolatry, unfaithfulness to God, and by extension all sinful rebellion, is adultery. See, for example, Exodus 34, Deuteronomy 31, Judges 2 and 8, Isaiah 1, Jeremiah 3, Ezekiel 16 and 23, and the whole of Hosea. These passages have little force for a culture where marriage is not honoured, and faithfulness is neither expected nor valued. In such a culture we will have to use other images or metaphors for sin – and they will be less powerful, less accurate and less communicative. The horror of our rejection of God cannot be spoken clearly to someone who does not have a broadly biblical view of marriage; you have to find other ways, and they are all weaker.

Paul tells us (Ephesians 5.32) that, before Christ’s coming, marriage was a mystery – meaning a sign, sign-ifying something not yet revealed, so that no-one recognised its sign-ificance. Marriage is a picture of Christ’s love for the church. And it is abundantly clear from the preceding verses that the picture only works when Christ is the husband and the church is his bride. It is unthinkable that we could be pictured as the husband, and God our bride; but it is only unthinkable to those with a broadly biblical view of male and female, and the distinct roles of husband and wife. If marriage is not seen rightly, this picture collapses.

The most concrete, tangible image any person has of how God loves us – of the gospel of Christ – is designed and provided by God in the way a good, godly man loves his wife. If there are no such marriages, God’s love is harder for everyone to understand. And if marriage is used to describe a homosexual union, which is not a marriage, the picture collapses. It doesn’t matter whether we call it a marriage; you can define a cow as a reptile if you wish, and pass a law declaring it to be so, but that doesn’t alter reality at all. Only the word of God determines reality; our words can only attempt to describe it.

But equally, if a man and a woman within a marriage don’t know and live out God’s intended roles for husband and wife, the picture is at least obscured. And do you see what follows? If wives don’t submit to husbands, why should we, as God’s bride, submit to him? And if we see husbands and fathers failing to love in the selfless and sacrificial way Jesus showed us, we will be much less able to conceive of God loving us that way.

It is small wonder, then, that the corruption of human sexuality (Romans 1) is God’s judgement on sinful rebellion. It is designed by him to be a picture of our relationship with him. To show us how ugly it is when we deliberately corrupt that relationship, he deliberately corrupts our sexuality and sexual identity. Our world is rife with homosexuality and uncertainty about what male and female mean because that is God’s judgement on its rejection of him. Broken homes, failed marriages, suicidal teenagers, and horrific and criminal perversions are God’s warning signs of what happens when you chose against him and for sin. They are a picture of hell.

I would suggest to you that there is a further mystery in human sexuality. (Mystery in the biblical sense described earlier). Male and female are also given to us as a picture of the nature of God within the Godhead. When God chose to make man in his image, he chose to reveal something of the relationship within the trinity.

Have you ever wondered why Adam was deliberately made by God to be incomplete without an Eve? Why did God, who knows all things, make something which was ‘not good’ (Genesis 2.18) and introduce it into an otherwise entirely good creation? It can hardly have been a surprise to him! Why are we humans sexual creatures at all, coming in two distinct varieties, when plenty of other ways of producing offspring are seen in nature: surely, God could have made babies any way he wanted? And why, perhaps most profoundly of all, would God make Adam so that he is alone, even when he has a perfect and sinless relationship with his God? Why wasn’t that enough – even then, even from God’s perspective – to keep him from aloneness?

Surely a careful reading of the whole of the bible tells us that this is because God made humankind in his own image; and to be like God is to passionately and unceasingly love another just like (equal to) yourself, and yet not the same as yourself – as the Father loves the Son, and the Son the Father.

The Father and the Son are equal in value, worth, majesty, power, the same in essence, both of the same nature, and love each other intensely – just like Adam and Eve. But because the Father and the Son are not the same, not identical, not having the same role or operating as two interchangeable partners in their work together, so Adam and Eve are not the same, and not interchangeable. The Son submits to the Father; but not because he has less power, or less worth, or is in any way inferior. He submits to the Father because that reflects his role and relationship to the Father. His submission is not weak, or coerced; it is bold, free and joyful. And that is the fundamental biblical basis for a wife submitting to her husband.

We must at every opportunity expose the almost universally accepted lie that equality means equivalence, and to be equal partners means to have the same roles. Submission existed before creation, and the Son does not submit because he is inferior. Distinction of roles existed before creation, and its ultimate grounding is not in different abilities, or different preferences, or an imbalance of power. Its foundation is mutual agreement in love within the persons of God.

Embracing the biblical roles of male and female in the home and in church, then, is not an oppressive power-play, but a life-giving and liberating delight. Marriage is a dramatic sermon, proclaiming both the nature of God and the wonder of the gospel. Celebration of all that men and women have in common, and all that distinguishes us, launches us into rejoicing and wonder at the unity and diversity in the trinity. And loving and living with one another in accordance with our creator’s design for us is an eager anticipation of the day – the wedding day which every other wedding is just a feeble shadow of – when we will enter into the very love and life of our husband, our father, our maker, our lover, our God.