Finding a Christian Concept in a Children’s Classic 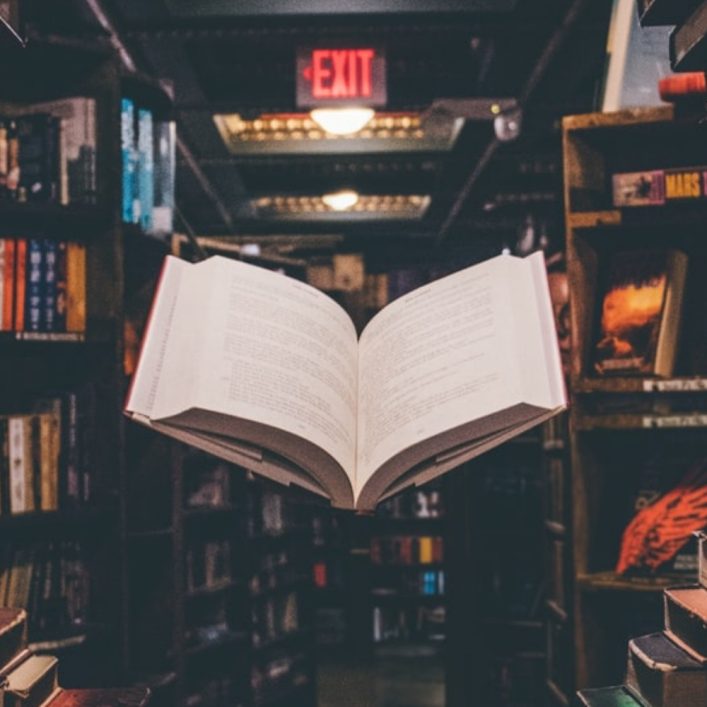 Stories are the fuel to a child’s imagination. They make believe and breathe adventure into an expanding mind. Not just all about fun, they also teach; not just how to use language, but about our world and about us as people. Have you ever thought, therefore, about what a story is teaching you as you read it? Whether intended by the author or subconscious, each story has themes and influences of its own. Sometimes these can be linked with themes in the Bible.

Perhaps you have spotted them in the following children’s classics.

‘The Chronicles of Narnia’ is one of the greatest children’s classics of all time. And for Christian families, it is a work to be treasured as a beautifully written fantasy adventure which has the Christian message at its core. Any number of biblical references can be found throughout the Narnia series. However, despite the religious connections seeming obvious, it is a fact that C S Lewis never actually intended to write the books with this purpose. Lewis stated,

“Everything began with images; a faun carrying an umbrella, a queen on a sledge, a magnificent lion. At first there wasn’t anything Christian about them; that element pushed itself in of its own accord.”

Given Lewis’s strong Christian faith, that is not surprising. We would be hard-pressed to find another great children’s series that has such deep foundations of Christian belief at the core of the story and in the heart of its author. However, there are indeed other classic books that contain analogies to the Christian message, despite being written by authors who were not Bible believing Christians.

Charlie and the Chocolate Factory, the classic story by Roald Dahl has nearly as many biblical themes as Lewis’s Narnia, if we choose to interpret them in such a manner. The story’s main character, Willy Wonka, a reclusive chocolatier, decides to open up his chocolate factory to the five lucky children who manage to find five golden tickets hidden in chocolate bars. Over the course of their visit, the children’s actions cause them to be ejected from the factory following one incident after another. Eventually Charlie Bucket is the only child left and he is named as Mr Wonka’s successor.

It may not seem obvious at first, but there are biblical similarities hidden in the narrative. The five golden tickets could possibly be viewed as equivalent to the ‘call of the Gospel’, with each child showing a different response to the ‘call’. Four out of the five children, once inside the factory, are overcome by greed, gluttony and pride and are consequently expelled. Charlie, on the other hand, is a generous, honest child who accepts gratefully whatever Wonka gives him. His trust in the chocolatier is strong and true, and he never takes advantage of the man’s goodness. As a result, Charlie receives the prize of endless chocolate and the entire factory. Had the other children extended that same trust and response to the initial ‘call’, they too might have received a great reward. The analogy, although limited in application, is still recognisable. 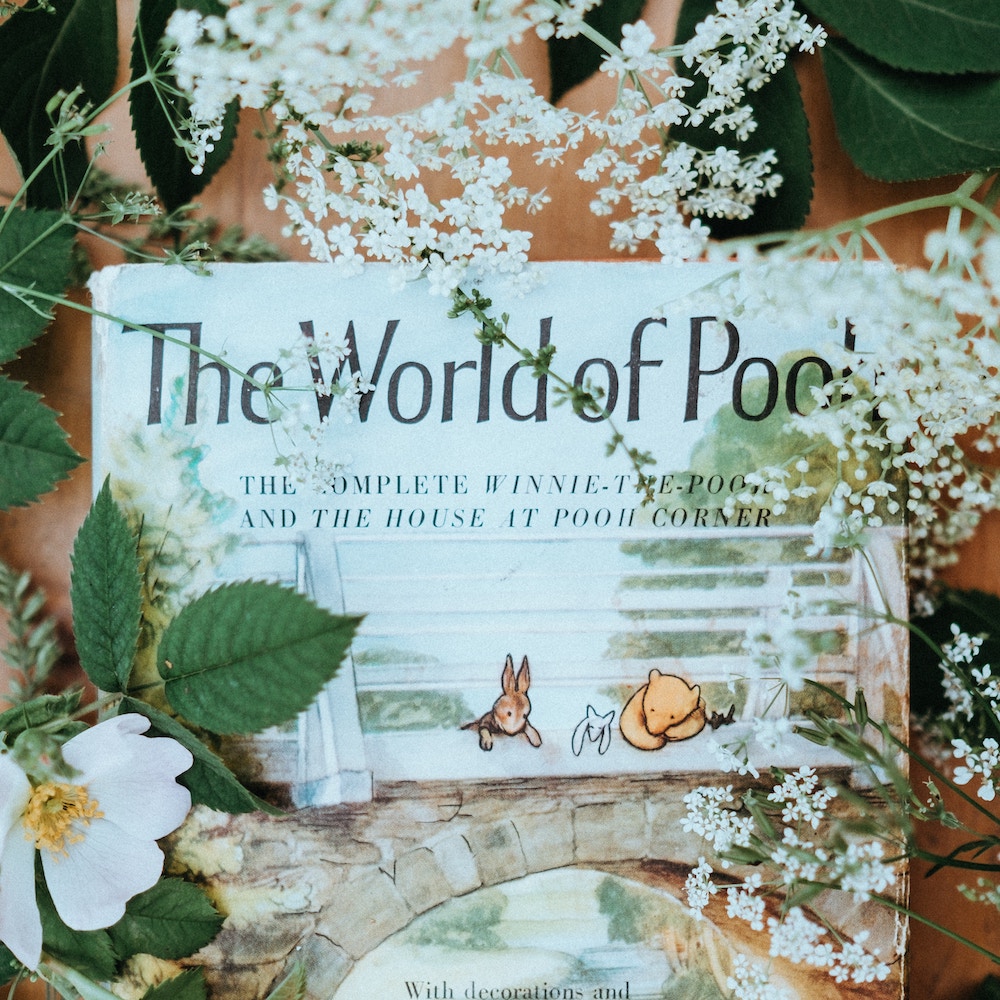 A A Milne’s ‘Winnie-the-Pooh’ is another great example. The adventures of the teddy bear and his friends in the Hundred Acre Wood contain many biblical lessons, if you care to look for them. Perhaps the best illustration is seen in the way Winnie the Pooh lives his daily life. Each day is a treasure of its own that Pooh embraces with optimism. Even when things go wrong, he shows a contentment in his way of life and a determination to see trials through. It might not always come out for the best in the end, but there is a sense of a bigger plan directing the way events happen.

Winnie-the-Pooh could be viewed as a good example of how we as Christians should be living, depending on God to see us through, day by day. Matthew 6:34 reads,

“Therefore do not worry about tomorrow, for tomorrow will worry about itself. Each day has enough trouble of its own”.

Pooh abides by this in the best way possible. He doesn’t understand everything about the world or even himself at times, but he always knows who his precious people are and how to fully love them.

One more biblical theme can be found in ‘Lord of the Flies’, by William Golding; a story which graphically depicts man’s need for an overseer with ultimate authority and wisdom. For the Christian, that is of course our Lord and Saviour Jesus Christ.

When a plane carrying a group of British schoolboys is shot down over the Pacific, the boys find themselves stranded on an uninhabited island with no adult supervision. Without a greater authority to guide them, they revert to a life of habitual fighting and clashing with one another. They attempt to set their own standards and rules by which to live. But they end up falling prey to the sin of their own greed as the internal power struggles become the dominant force within the group. This breakdown of relationships eventually leads to the traumatic death of one of the boys who had desperately tried to restore order in the rebellious camp. He became the tragic victim of their cruelty. Christ died to save us from our sins and to keep us from a similar reality of a world without hope. God’s sovereignty brings ultimate peace, the very thing missing from that island, and in the end, the boys learn the hard way what the consequences of living under the wrong authority are. 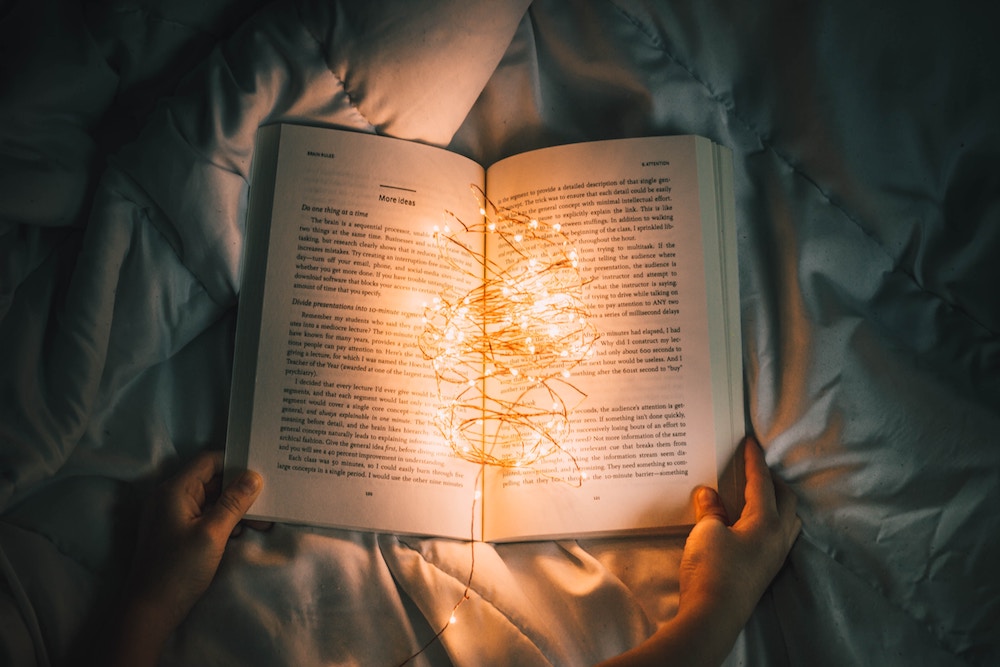 There are so many books that demonstrate these ‘Christian’ themes. The difference between stories such as The Chronicles of Narnia, Charlie and the Chocolate Factory, Winnie-the-Pooh, and The Lord of the Flies is that while the authors may be well known and the stories successful classics, Lewis is the only one with a strong theological foundation in his personal life. It is possible to allegorise any piece of writing if you try hard enough and it can be interesting to do so. The important thing to realise is that all literary analogies to the Christian message will have their limitations, unless they are actually quoting from the Bible itself. So, continue to find biblical lessons within literature, but with a discerning eye. From children’s classics to modern literature, always test them against the truth of God’s Holy word.

Cornerstone Church Kingston is full of people with their own stories. Factual, real, compelling stories – lives full of restoration and transformation. We’d love to meet you – to share our lives and explain what God is doing in Kingston. Join us at our Sunday services, mid-week cream tea or regular International Café.