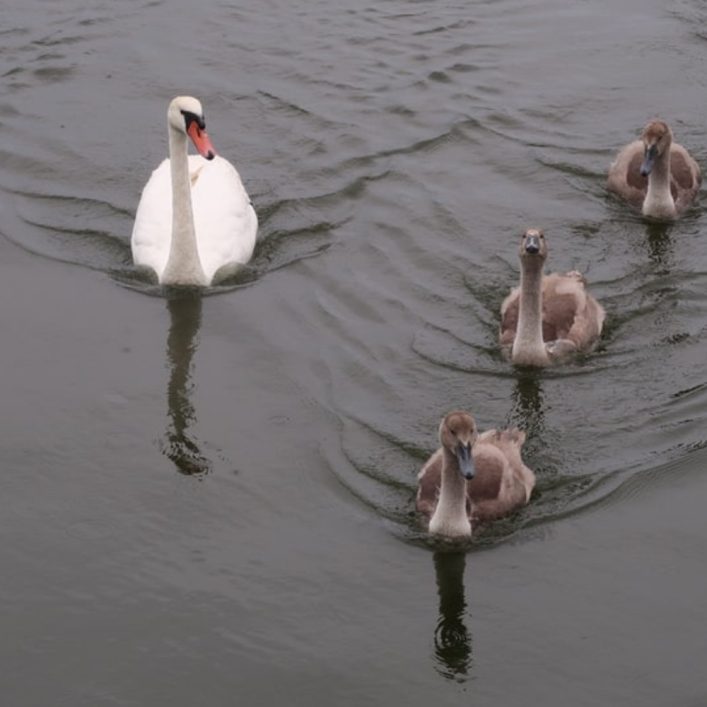 As Belarusian citizens amassed in protest against their dictator president of 25 years, Alexander Lukashenko, the recognised national press reported on swans and harvests and other non-events. This poem reflects the hidden unrest that continues behind the official scenes. Click the links in the first verse of the poem to see four “news” photos from the daily snapshot section of the BelTA English website for the 12th August 2020 (three days after elections in Belarus).

There’s a family of swans on the river—
That’s the snapshot of news for today—
And the harvest is nearly completed,
And bridge works are well under way,
And down the far end of a big, shiny table
Alexander is having his say.

But this isn’t the place where he properly speaks,
No, to hear that you need to go out on the streets,
Where his ‘words’ fall in thuds and unstoppable beats
Of batons on bodies, on skulls and on bones,
In kicking and dragging and skin scraped on stones,
In the din of the faceless who yell vile threats,
In tear gas and tasers and fierce water jets,
In stun grenades, prison trucks, airless detention…
Such ‘words’ truly show Alexander’s intention.

Meanwhile, let’s show swans on the river…
There’s a thing about swans that they say:
Though they seem to glide on without effort,
Underwater they’re frantically paddling away.
That’s how Alexander sits proud at the top
Of his big, shiny table and still has his say.

Oh, the plots and the ploys that are needed to keep
The nation’s proud father in safety from sheep!
To keep the swan gliding, keep Alex’s crown,
Requires that everything’s turned upside down:
So the loser’s made out to have won
And the winner is told that she’s lost
And the witness of criminals tampering with votes
Is guilty of crime, as he finds to his cost.
And the one who is strong is called weak,
Though she did the strong thing—she did right,
While the weak hide their cowardly faces
And attack the defenceless to prove their great might,
And the weakest gives orders and stays out of sight,
While the one who’s just walking the dog,
Or who’s making his way from the hospital home
With his child, or has gone out to meet with his girlfriend,
Gets beaten, arrested or even run down.

But these people—they don’t disappear,
All that paddling is losing its power,
The swan doesn’t float with such ease anymore
When nothing will work to make the crowds cower.
So they have to be slandered as base criminals
That’s what Alex keeps saying he fears,
At which point the finger points right back at him,
For that must be the fruit of his twenty-six years—
The twenty-six years that he’s ruled with fierce grip,
The twenty-six years of his iron leadership.
If you make what’s right wrong, and you make what’s wrong right,
You can’t be surprised when things come back to bite.

Well, for now let’s show swans on the river
With feet unseen paddling away,
There they glide, quite serene, on the water,
And the river looks lovely today.
But rivers can be so capricious:
They can rise in a flood, washing bridges away.
They can rise like a tide and destroy fields of grain.
On the breast of the current, the swans must take wing
Or else be engulfed and submerged by the flood
And end up like flotsam strewn over the mud.

So comes history’s tide and time’s flood of decay,
Sweeping prestige and power, even memory, away.
As sure as the earth turns, there’s coming the day:
Alexander will no longer have any say.