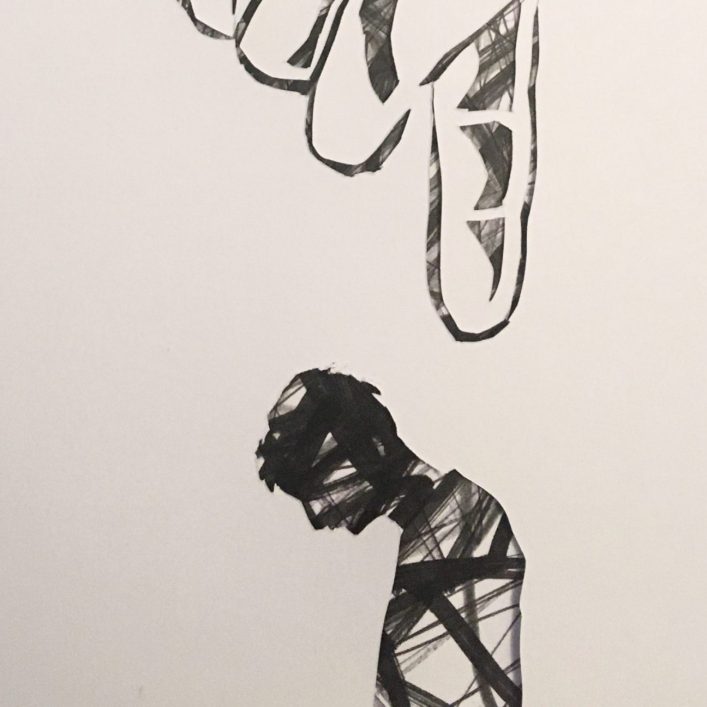 How do we escape from guilt when it comes to haunt us?

“I get up and pace the room, as if I can leave my guilt behind me. But it tracks me as I walk, an ugly shadow made by myself.” Rosamund Lupton, Sister.

I wonder if you can relate to these rather painful words, either in yourself or a friend. In this article I want to contrast how we often deal with guilt, with the wonderful news of how God has dealt with it.

Jesus told a parable about the very subject of guilt, and it can be found in the Bible in Luke Chapter 18: 9-14.

This story tells of two men coming to the temple to pray. The first was a Pharisee, a highly intelligent and highly regarded member of his community. In his own mind he had nothing to feel guilty about – indeed he was an example for others to follow. He stood up and prayed about himself, listing all his good qualities, and thanking God that he was not like other people, even the tax collector, standing nearby.

The tax collector, by contrast, was in a state of emotional collapse, racked with guilt and remorse. Those who knew him would say that it was about time he faced up to his crimes. This man, a Jew, had collaborated with the occupying Roman leaders to enrich himself at the expense of his countrymen, and such people had always been universally hated.

He couldn’t even raise his head but beat his chest and said, “God have mercy on me, a sinner”.

Jesus then unnerves us by saying that the tax collector would leave that place made right with God while the Pharisee already stood condemned and heading for judgment.

We notice there are two types of guilt and they don’t always occur together.

The first is objective guilt. This is where the guilt of an individual is a matter of fact, and may or may not be accompanied by a related feeling. There are cases where people have committed terrible crimes but seem to have no related sense of guilt at all.

The first man in the parable, the Pharisee, is declared guilty by Jesus but seems untroubled by any even mild sense of his perilous position before God. On reading the parable we begin to understand how he has become so blissfully unaware.

Notice how he compares himself to others and especially to the other wretched man nearby. This is a great technique and one which we see emulated in newspaper columns every day. There is always someone worse than me! Notice as well how he focuses on the negative – on all the things he hasn’t done, completely ignoring all the good he has omitted to do. As he recounts all the laws he has kept, he is quite selective, and this seems to parallel our modern way of seeing moral right and wrong; not as truth, but as culturally determined and therefore changeable. We simply ignore or change the moral rules we don’t like. Using these and other techniques, he is able to quieten his conscience to the point of complete self-satisfaction.

This parable, however, also teaches us that it is actually possible to feel guilt but be accepted as innocent before God. The second man, the tax collector, comes to the temple that day to cry out to God in his misery and guilt, and indeed he is guilty. But he leaves innocent before God even though we are not told that his feelings about himself have changed.

How is this possible? You will notice that we find him in the temple in first century Israel where the sacrifice of an animal is taking place. An animal sacrifice acted as a substitute. The animal’s death was accepted as just payment for the sinners’ crimes. It was a violent event showing how seriously God takes sin. As this wretched man cries for mercy, he is not asking that God should let him off or ignore his sins – he knows that a just God could never do that. He is asking that God accept the death of this animal in place of his death, as a just payment for his life of sin. And Jesus tells us it was accepted.

Of course this points forward to Easter and another violent death upon a cross. This was no criminal dying but Jesus, the innocent son of God, taking the just punishment we deserve, as our substitute.

Human beings are made in the image of God, which is the only explanation for our deep sense of justice and our desire that justice must be done. This is why some criminal investigations have run for decades until solved.

Easter is good news because, while a Holy God demands justice, He also provides the full payment and is himself that full payment in His son on the Cross. The Bible states that those who trust in this sacrifice, and who don’t rely on their own shallow techniques to quieten their conscience, are made right with God forever. 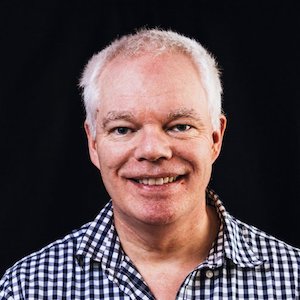 By David Glen
David is an audiologist and attends Cornerstone Church Kingston with his wife and three children.