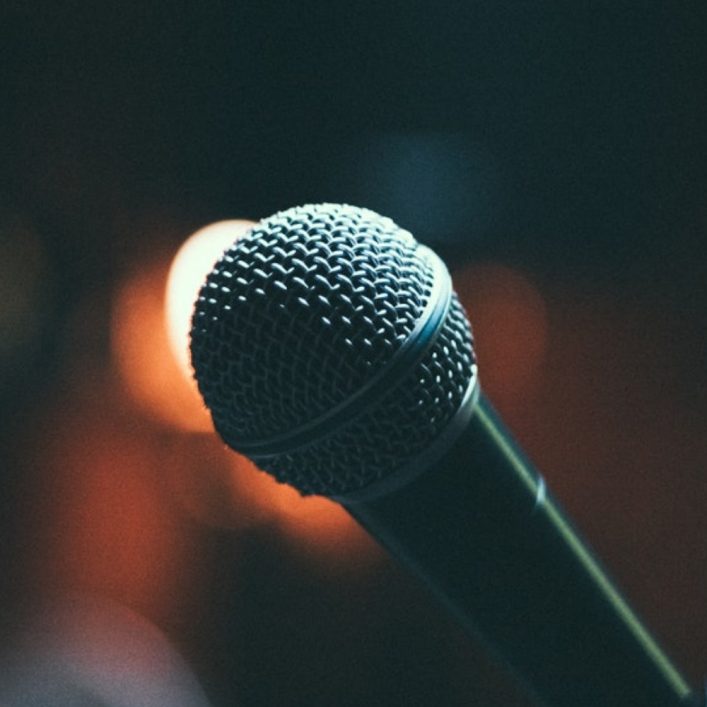 There are only seven basic plotlines for all the millions of stories told around the world. (Christopher Booker). In the last of this series, we are thinking about comedy and tragedy.

In the literature; “comedy” and “tragedy” have particular meanings. They are defined by the whole flow of the story and where the plot is heading.

In a comedy perhaps a couple are meant to be together, but evil powers prevent that. The story usually twists and turns to make the evil ones repent, and suddenly the couple are free to get together. Comedy is often rooted in misunderstanding, or sometimes in the confusion of identities, but all is resolved with a happy ending.

Tragedy is often the tale of an antihero spiralling down into greater evil and then destroyed by the hero. Sometimes we start out with some sympathy towards the antihero, but in the end we know that justice is done when his end comes.

These two plotlines are used in the Bible both in the overarching flow of the whole Bible story and in the many smaller events that make up the larger plot.
“In the beginning God created the heavens and the earth.” (Genesis 1 v1)

That’s the first sentence in the Bible, and it’s full of good news. It tells us that this world is not meaningless and is not here by chance, but it has been made for a purpose by a personal God. There is something, or rather someone, bigger and more powerful than the forces of this world and universe.

The Bible goes on to describe the beautiful garden that God created for our first parents, Adam and Eve, to live in. There we see harmony, peace, joy, love, purpose and relationships. God walked in the garden with Adam and Eve. In other words, we can know and be known by the eternal creator God.

But here’s the tragedy: enter the antihero, Satan, in the guise of a snake, seeking to pull apart this wonderful relationship between God and those he has made.

He lies about God and twists words that distort God. He no longer seems good and generous but selfish and miserly. The evil one makes Adam and Eve believe that life would be better without God ruling over them. They could rule themselves then and be gods in their own rights – “You can be like God,” he says.

It’s here that the battle begins. What will happen to Adam and Eve and their descendants?

The Old Testament promises, through symbols and previews that a great hero would come, the great rescuer. And at Christmas time we celebrate the coming of the Saviour, who can defeat Satan and his lies. At Jesus’ birth the evil one stirred up Herod to destroy the rescuer. King Herod would not have any baby rival. So we come to the horrific story of Herod killing Bethlehem’s babies to try and kill baby Jesus.

But Jesus became a great teacher of God. Again, the evil one stirred the religious leaders to turn against Jesus and have him crucified. Tragedy. It looked as if the evil one would win as Jesus hung on a cross. But there’s a twist: we are told, “No one takes my life from me, but I lay it down of my own accord. I have authority to lay it down and authority to take it up again.” Jesus died but burst through the grave in glorious victory over death itself. The death and resurrection of Jesus defeated the powers of the evil one. So Satan’s wicked plans for destruction have been used by the King of heaven, the Lord Jesus Christ, to bring eternal life and a new start.

In the Bible we are told the end of the story for Satan and his followers – a tragedy. They will be thrown into the abyss. But for all others there will be liberty and joyful release from a tyrannical regime. Satan will not win. His story is history.

In the life of Jesus we have a number of people who do not recognise Jesus for who he is.

Some think he is an illegitimate child of a teenage girl, or only the “carpenter’s son”. The religious leaders think he is a blasphemer. Others believe that he is only a prophet. In Bethlehem there is ‘no room’ for Mary and Joseph in the inn. The King had to be born in some kind of outhouse; his first bed was an animal feeding trough. It was only the lowly shepherds and the foreign wise men who understood who Jesus really was.

With twists and turns the theme of not recognising or misunderstanding who Jesus is runs throughout his life. Sometimes the crowd follows him but are quickly persuaded to demand his crucifixion. The disciples scatter and flee. But in the end, while they hide in fear, the risen Jesus comes to them and they are reunited with their beloved King.

Will your life be comedy and tragedy?

Someone has said, “Comedy is shaped like a smile. You go down and then up – descending into darkness before rising up to joy. Tragedy, on the other hand, is shaped like a frown – up and then down. You climb to prosperity and then you tumble into the pit.”

It doesn’t matter so much where you are now but how your will life end: in a marriage or a funeral?

In the last book of the Bible, Revelation, we see both a funeral and a marriage, both a tragedy and comedy. For those who will not recognise Jesus as Saviour and King, life ends in tragedy. But what about those who see who Jesus truly is and turn to him, Jesus is called ‘the bridegroom’ and his people are called ‘the bride’ and there is a wonderful marriage feast. We are all invited to live life as a smile.